Snooker Masters moved out of London due to COVID-19 regulations 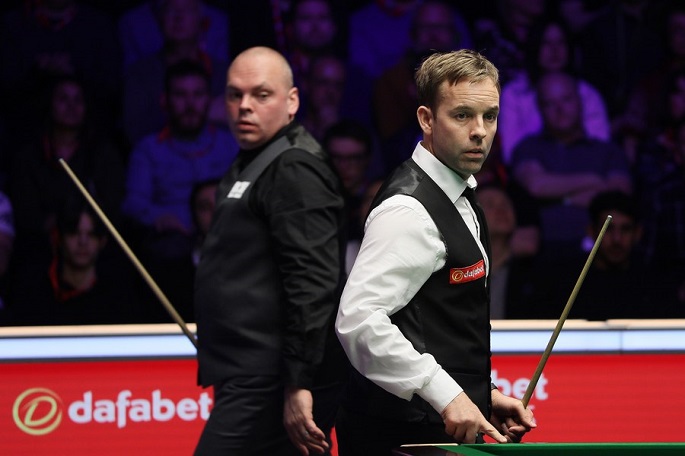 Ali Carter (R) of England plays the final against Stuart Bingham of England at Snooker Masters 2020 at the Alexandra Palace in London, Britain, Jan. 19, 2020. (Photo by Tim Ireland/Xinhua)

The 2021 Snooker Masters will be moved to Milton Keynes instead of London due to the COVID-19 regulations, reported Xinhua.

The World Snooker Tour (WST) confirmed on Monday that the prestigious invitation event, which starts on January 10, has been moved from London to Milton Keynes, about 80 km northwest of the capital.

"WST had planned to host the event at Alexandra Palace in London, its home since 2011. But given the current COVID-19 restrictions, the decision has been taken to stage the Masters in a 'bubble' environment, behind closed doors, at Arena MK in Milton Keynes," read a statement released by the organizers.

The event involved the top 16 players in the world will run to January 17th, with seven-time Masters champion Ronnie O'Sullivan facing China's top player Ding Junhui in the first round.

All players will be tested for COVID-19 the day before their first match and will remain within the bubble as long as they participate in the tournament.