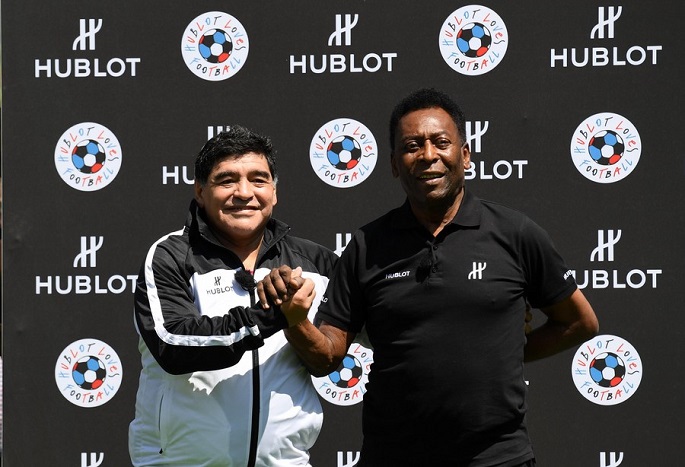 Pele and Maradona play a friendly in Paris on June 9, 2016. File Photo: Xinhua.

"What sad news. I lost a great friend and the world lost a legend. There is still much to be said, but for now, may God give strength to the family members," said Pele on his Twitter account.

"One day, I hope we can play the ball together in the sky," Pele added.

Maradona died at the age of 60 on Wednesday of a heart attack at his home in the Tigre district, on the northern outskirts of Buenos Aires.