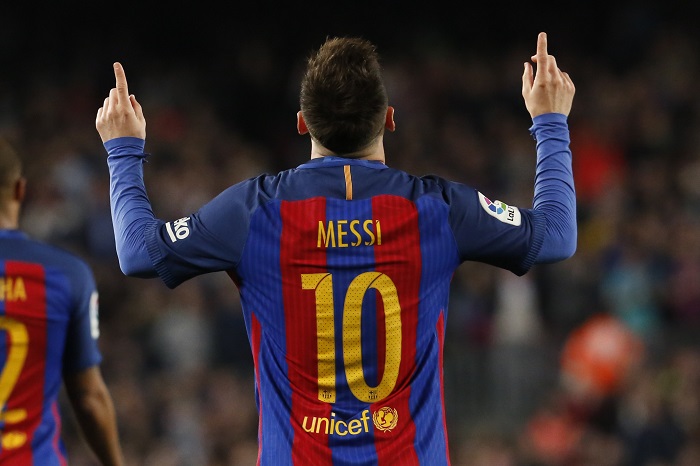 FC Barcelona enjoyed a comfortable start to their Champions League campaign as they bagged a 5-1-win home to Hungarian side Ferencvaros, reported Xinhua.

Although the game will give Barca confidence ahead of Saturday's 'Clasico' against Real Madrid, Barca should not be carried away by this win against a much weaker side in a game which saw Gerard Pique sent off and subsequently suspended for next week's away game against Juventus.

Koeman's side looked uncomfortable at the start of the game and was lucky when Tokmac Nguyen's powerful shot into the top corner was ruled out for offside in the 11th minute.

The Ferencvaros striker was involved in the 18th minute when he set up Isael da Silva, whose powerful drive rebounded off the crossbar.

Leo Messi then stepped forward for Barca, the Argentinean was brought down inside the box in the 27th minute and fired home the spot-kick himself.

Philippe Coutinho made it 3-0 in the 52nd minute on a clever assist from Fati. Shortly afterwards Koeman made a treble change with Junior Firpo, Ousmane Dembele and Pedri replacing Trincao, Sergi Roberto and Fati.

Pique was sent off in the 70th minute with a straight red card after bringing down Tokmac when he was the last defender and Igor Kharatin scored the resulting penalty.

Any nerves Barca had were ended when 17-year-old Pedri scored Barca's fourth, which is his first for the club, after an assist down the right wing by Dembele. Seven minutes later, Dembele smashed the fifth for Barca.