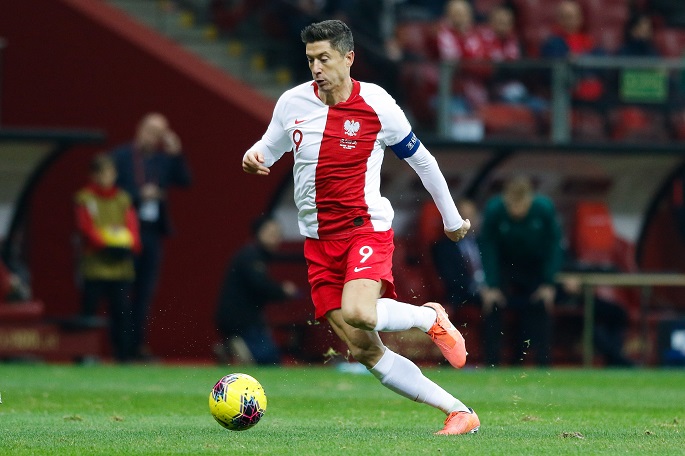 The attacker of Bayern Munich Robert Lewandowski received the award for the best Polish footballer of the year on Sunday.

The event has been organized by the paper "Pilka Nozna" since 1973 and it's believed to be the most prestigious plebiscite in the Polish football. As the captain of the Poland team, Lewandowski got the most important award for the best player of the year.

"I would like to dedicate this title to my dad. I hope he is proud that I still do what I love and what I do best. He couldn't watch too many matches with my goals but I strongly believe that now he looks at me from heaven," said Lewandowski on the scene.

"I am grateful to parents for their efforts. Despite the work and daily duties they devoted their time and drove me to trainings. They worked as physical education teachers. My mother still does this to this day. They wanted me to do what I love, they did it with passion," added the player in his speech.

"I am 31, but I feel much, much younger. I would like to play some more time and I hope that I will have the opportunity to come back and collect more prizes," claimed Lewandowski.

The Polish national team was chosen as Team of The Year, while the midfielder of Cracovia Janusz Gol received Best Polish League Player award.