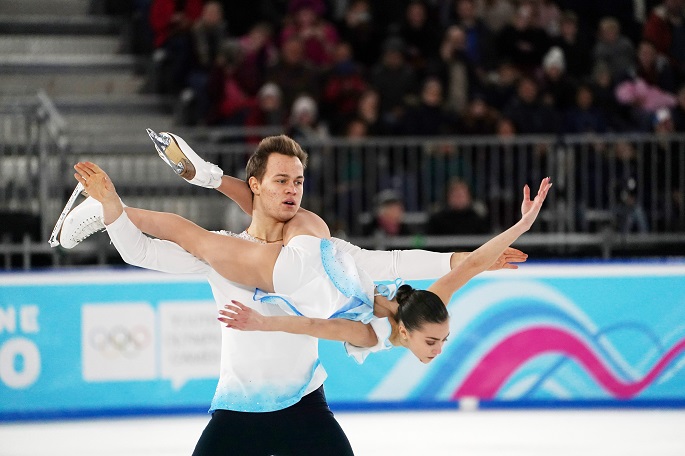 They scored 127.47 points to lead the free skate and collected an untouchable 199.21 in total to claim the top honor.

The other Russian duo Diana Mukhametzianova/Ilya Mironov ranked second with a total of 175.42 points, while Butaeva Alina/Berulava Luka of Georgia took the bronze.

Chinese pair Wang Yuchen/Huang Yihang moved up from sixth to fifth after the free skate with a total of 141.61 points.

"This is our first time to participate in such a big international event. I think I did well. The audience was extremely enthusiastic and I tried not to let them down," said Wang.

She also followed some activities at the Youth Olympic Village like switching pins and posting pictures on social media for small gifts.

Compared to his partner, the 17-year-old Huang paid more attention to the competition, and said: "I have learned a lot from the games and improved myself in speed and mentality."