Kipchoge nominated for IAAF Male Athlete of the Year 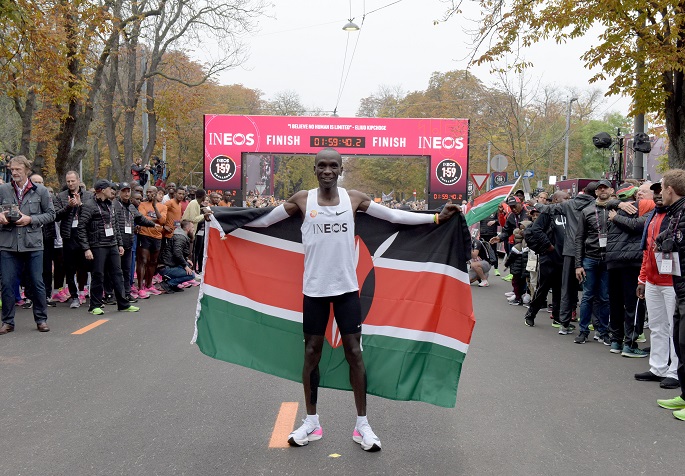 Kenya's Eliud Kipchoge celebrates at the finish line after the match of "1:59 challenge" in Vienna, Austria, on Oct. 12, 2019. File Photo Xinhua/Guo Chen.

World marathon record holder Eliud Kipchoge has been nominated for the IAAF Male Athlete of the Year award, two days after running the marathon in less than two hours.

Kipchoge will also have to battle it out with another Kenyan, World 1,500m champion Timothy Cheruiyot. The two are part of 11 nominees released by the world athletics governing body, IAAF, for the annual award set for November 23 in Monaco.

Kipchoge, who won last year's award after setting the world record in Berlin, is the top favorite to retain the gong following his impressive time of 1:59:40 that saw him break the two-hour marathon barrier on Saturday in Vienna, Austria. He also won the London marathon in 2:02:37.

On the other hand, Cheruiyot has won 10 of the 11 races he entered this season on his way to clinch the gold in 1,500m at the World Championships in Doha, Qatar last month.

The 11 nominees were selected by an international panel of athletics experts, comprising representatives from all six continental areas of the IAAF. Only five of the nominated athletes make the final shortlist depending on the votes.

A three-way voting process will determine the finalists. The IAAF Council and the IAAF Family will cast their votes by email, while fans can vote online via the IAAF's social media platforms. 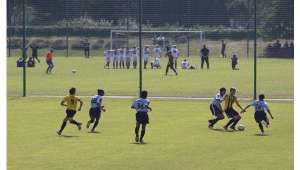