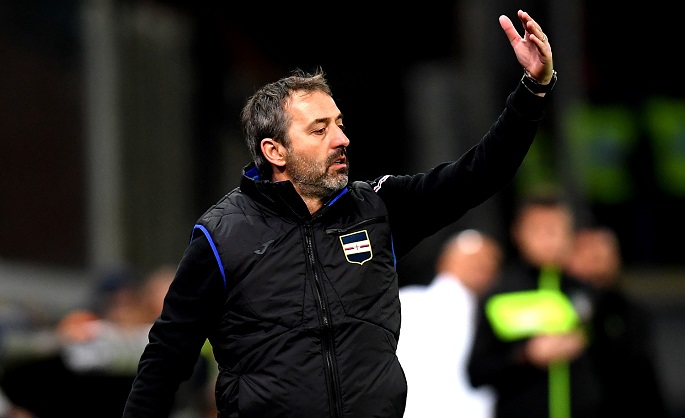 AC Milan are set to fire coach Marco Giampaolo after a poor start to the season, according to local reports in Italy on Tuesday.

AC Milan are currently in 13th place in Italian Serie A, three points above the relegation zone.

Giampaolo, 52, replaced Gennaro Gattuso during the summer, but the former Sampdoria boss has suffered four defeats in his first seven games, including a 2-0 loss to city rivals Inter.

Milan went on to lose their next two matches against Torino and Fiorentina before last weekend's 2-1 victory at Genoa.

However, the 60-year-old has not been able to agree to severance terms with Inter, which he guided back to the Champions League the past two seasons, and remains under contract until 2021, despite being replaced by Antonio Conte.

Former Inter and Fiorentina coach Stefano Pioli is now reported to be the favorite to take over the former seven-time European champions, who won their last title in the Serie A in 2011.

Former Roma and Marseille manager Rudi Garcia has also been touted among the possible candidates.