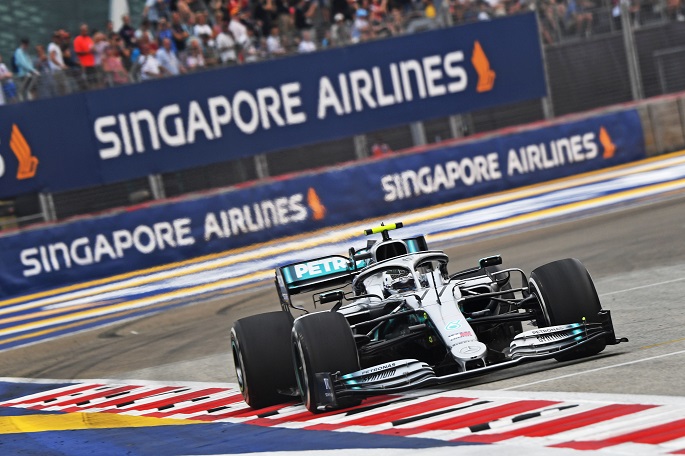 Valtteri Bottas of Mercedes drives during the first practice session of the Formula One Singapore Grand Prix held at the Marina Bay Street Circuit in Singapore on Sept. 20, 2019. Photo Xinhua/Then Chih Wey.

Mercedes' Lewis Hamilton fired an ominous warning to his rivals at this weekend's Singapore Grand Prix by topping the timing sheets in the second free practise session at the Marina Bay Street Circuit.

Hamilton's best time of 1:38.773 was over 0.1s faster than the Red Bull of Max Verstappen, and it already appears as if the fight for victory will be between those two drivers.

On a track thought by many to be best suited to the Red Bull package, Hamilton's pace on his race simulation runs was particularly impressive, and the Mercedes driver's Friday form will give him confidence that he can score a hat-trick of wins at Singapore, having won the last two races here.

Behind the front two, Sebastian Vettel finished third in his Ferrari, but the German was nearly one second adrift of Hamilton's best time, with the Finnish teammate Valtteri Bottas recovering from a crash in FP1 by notching fourth.

Verstappen's teammate Alex Albon was fifth, just ahead of Vettel's teammate Leclerc, who had missed half the first session with a gearbox problem.

The tight confines of the Marina Bay Street Circuit make it especially difficult to seal a clean lap without running into traffic, and Kevin Magnussen and Sergio Perez were among the drivers who came a little too close to each other for comfort as both squabbled for track position. 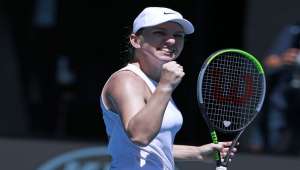 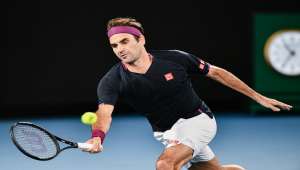 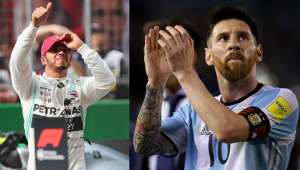 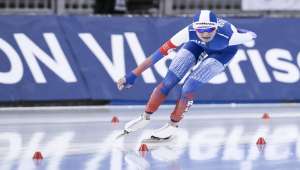