Nadal sets blockbuster clash against Medvedev in US Open final 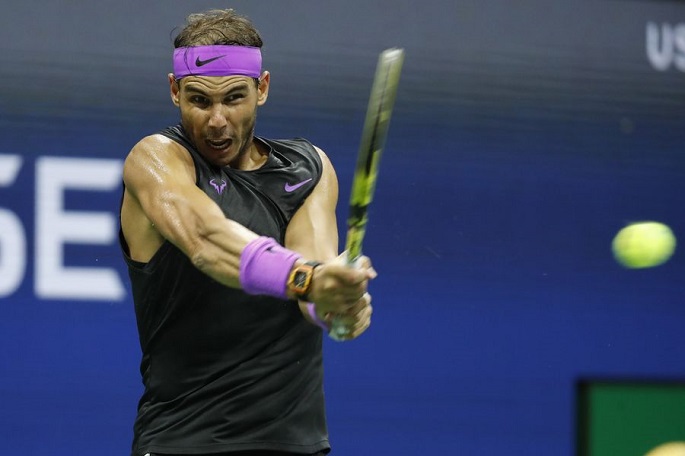 Three-time champion Rafael Nadal of Spain set a blockbuster US Open men's singles final against fifth seed Daniil Medvedev of Russia after both players defeated respective opponents in the semifinals on Friday.

Berrettini denied Nadal on six break points in the first set, jumped ahead 4-0 in the tiebreak and had two set points at 6-4. But the Italian made several unforced errors before Nadal seized the momentum to take the first set. After that, Nadal never looked back.

"The first set was a little frustrating because I had a lot of break points before the tiebreak and he didn't have any. In the tiebreak I was a little lucky. I finally got the break in the second and then the match completely changed," Nadal said. "I started to play with more calm and be more aggressive. I'm super happy to be back in the final of the US Open."

Nadal, who is into his 27th major final, defeated Medvedev in the final to triumph at the Rogers Cup last month, and then the Russian bounced back to lift the trophy at the Cincinnati Masters.

Looking ahead to meeting Medvedev, Nadal said: "He's making steps forward every single week. He's having an amazing summer, winning Cincinnati and making the final in Montreal and Washington and now the final here. He's been playing the best tennis on tour this summer so he will be the toughest opponent in the final. I need to be playing at my best. But in a Grand Slam final you can't expect an easy opponent."

In the other semifinal, Medvedev also had a tough battle in the first set before taking control in the rest of the match.

"It's really tough mentally. That's what I've been missing before. Before, my best Slam result was fourth round. I felt like it's just so tough to win a five-set match. I knew I was going the right way, I just had to fight for every set, for every point. Didn't work out before," Medvedev said.

"But here, this week, everything has worked out. I won a lot of four-set matches, which shows how great mentally I was here, and physically as well," he added.

Kane out until April due to hamstring injury