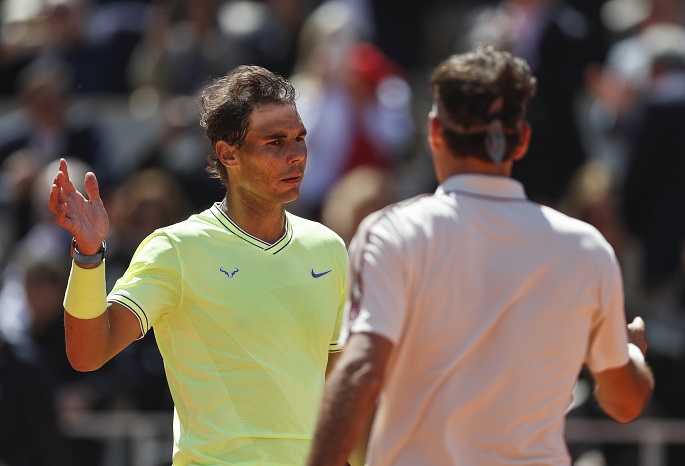 It will be a rematch between the world's most successful male players after Nadal beat Federer in the semifinal of the French Open last month en route to his 12th title in Paris.

Federer, 37, has also extended his record for most Grand Slam appearances to 45.

The other semifinal will pitch four-time winner Djokovic against another Spanish player Roberto Bautista Agut.

Top seed and defending champion Djokovic breezed past Belgium's Daivd Goffin 6-4, 6-0, 6-2, advancing to the Wimbledon semifinals for the ninth time.