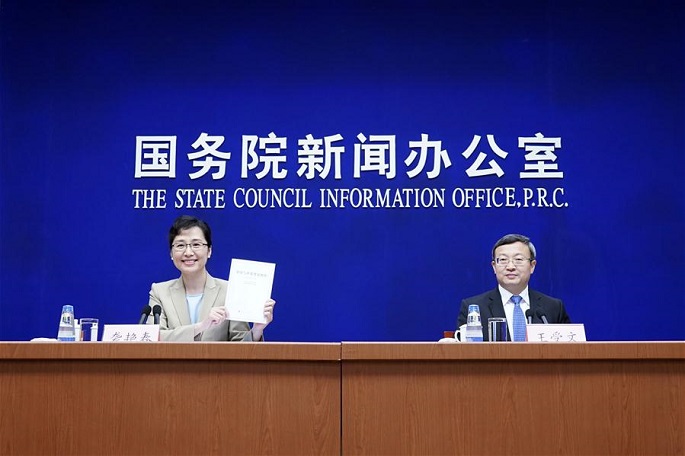 The Chinese government is publishing this white paper to give a full account of China's fulfillment of its World Trade Organization (WTO) commitments, to explain China's principles, stances, policies, and propositions regarding the multilateral trading system, and to describe China's vision and actions in advancing higher-level reform and opening-up, according to the white paper.

"China has comprehensively fulfilled its commitments to the WTO, substantially opened its market to the world, and delivered mutually beneficial and win-win outcomes on a wider scale," it says.

"As of 2010, China had already delivered on all of its tariff reduction commitments, lowering the overall tariff level from 15.3 percent in 2001 to 9.8 percent," Vice Minister of Commerce Wang Shouwen told a press briefing on the white paper Thursday.

"In 2015, China's trade-weighted average tariff was reduced to 4.4 percent, fairly close to 2.4 percent of the United States and 3 percent of the European Union," said Wang, who also serves as Deputy China International Trade Representative.

"Through these efforts, China has lived up to its responsibility as a major country," says the white paper, adding China firmly supports the multilateral trading system and has made significant contribution to the world after its WTO accession.

"China firmly observes and upholds the WTO rules, and supports the multilateral trading system that is open, transparent, inclusive and non-discriminatory. China has participated in all aspects of WTO work, made its voice heard and contributed its own proposals on improving global economic governance. China is an active participant, strong supporter and major contributor in the multilateral trading system," it says.

China acceded to the WTO in 2001. This was a milestone in China's integration into economic globalization, marking a new historic stage of reform and opening-up.

"Accession to the WTO has boosted China's development and benefited the rest of the world," says the white paper. "China has become a major stabilizer and driving force for the world economy."

It says China stays committed to the strategy of opening-up for win-win results, vigorously promotes the Belt and Road Initiative, and shares opportunities and benefits with other countries and their people while developing China itself, enhancing global wellbeing and common prosperity.

"China will continue to uphold the principle of achieving shared benefits through consultation and collaboration in advancing the Belt and Road Initiative, so as to provide others with opportunities to take a ride on the express train of China's development," said Wang.

Over the past 40 years, China has been adhering to the fundamental national policy of reform and opening-up and pursuing development with its door wide open. A model of all-round, multi-level, and wide-ranging opening-up has gradually taken shape.

At the historic starting point of a new era, China's door of opening-up will not be closed and will only open even wider, says the white paper.

"Opening-up was key to China's economic growth over the past 40 years. In the same vein, high-quality development of China's economy in the future can only be achieved with greater openness. China will continue adhering to the fundamental national policy of reform and opening-up," it says. 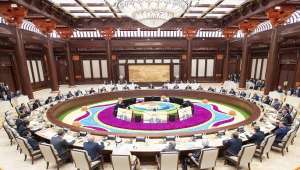 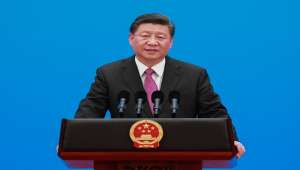