Where is your Home and What is your Culture? 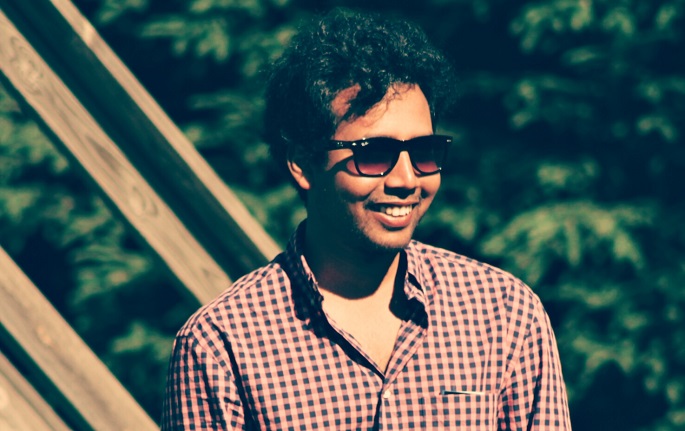 “Where is your home?” is the most clichéd question. This appears quite often when we cross our long known cultural/physical territory. Today many immigrants face this obvious question in overseas life. It is a simple-sounding question, but its answer is not so simple as it sounds. Besides, the concept of “home” is not a fixed phenomenon, and it is not even same for everyone. Especially in the case of border crossers home is not a place any longer; rather, it becomes a mental image. In this regard, Avtar Brah, a professor of Sociology, puts it as such: "Home is a mythic place of desire in the diasporic imagination." When the idea of home is replaced by the sense of loss, dislocation and relocation, the diasporans/migrants look back to the past with an urge to reclaim “home”, the idyllic place left far behind. Since they are distant from the physical space called “home”, they create a kind of imaginary space that replaces the physical home. As a result, while people inside the country experience home in the present, people outside find it in the past. Perhaps, Salman Rushdie described such diasporic feeling for home better than others. He writes in “Imaginary Homelands”: “my present that is foreign, and that the past is home, albeit a lost home in a lost city in the mists of lost time”. This is how the border crossers feel for home, and their sense of home and belonging is then located within the framework of present-past binary.

The question (where is your home?) signifies the inescapable curiosity to know about someone’s home and culture. It does not come out of the blue; it, rather, appears with relevance when someone’s language, culture, food habit and above all skin (remember, skin is the major identity marker abroad) are not at all close to ours. Even within the same country, cultural/linguistic differences matter most. Therefore, the question surfaces over and over again when our innate expectation is shattered by the physical, cultural and any linguistic dissimilarities we come across in others. Here, by the phrase “innate expectation” I actually mean the unconscious mindset with a stereotypical desire that the rest of the people should culturally behave like us. Sometimes the normative behavior of our psyche is so strong that if any visible exception is noticed, it is generally considered an aberration. Take, for example, the case of POC (persons of color) whose skin is still looked upon as an anomaly in some white-dominated culture. This is so ridiculous that many people are still facing social, political, and cultural discrimination for some bizarrely unreasonable issue such as skin color.

It is so true that people living abroad for a long time possess an ambivalent feeling for home. Their consciousness is thwarted by the question: which is their home. Is it the “home” here where they belong to right now or the “home” there? This is a very difficult choice to make. The paradox is that if you choose one you are denying the other, so either you have to choose the two of them as home or you choose nothing, living perpetually in-between. To understand the dilemma better, let us think about a man of Bangladeshi origin living in Britain for years. Even though he is adjusted to the British way of living, he can still claim Bangladesh as home precisely because that place is connected to her ‘everyday lived experience’ such as cooking Deshi recipe, speaking Bangla within the community, and so on. He physically lives here, but psychologically belongs to there, and the situation is such that he cannot leave any one, nor can he separate out one experience from the other. It is as difficult for him to leave the privileges that he is enjoying ‘here’ (Britain) as it is to close the cultural attachment with ‘there’ (Bangladesh). As a result, all his life is a kind of journey in between here and there. When it happens, the so-called pre-concept of home and belonging breaks down for him, and instead rises the sense of dislocation in its place which creates a gap in the formation of his cultural identity but implants an imaginary homeland within his unconscious, thereby altering the version of home.

So what is home then? Is it only the place we live in? A four walled room? A comfort zone? Or is it a feeling only? Well, ‘home as a place’ and ‘home as a concept’ are two different issues, and here I am talking about how the latter affects the cultural identity of the border crossers/migrants. It is generally said that beyond the border there is elsewhere. So when people cross the borders, they generally cross the physical borders, not the cultural ones. The dislocation here is physical, but not cultural. Therefore, despite being abroad people establish a cultural connection with home and with the country, looking for their own community there; cooking Deshi Food, listening to Deshi Music and so on. And by doing these, they live their own culture and find the identity. Food, music, language—these are all cultural components related to home. For example, food is often connected with nostalgia, and this connection is best felt abroad. Every time they eat, they miss the Deshi recipe, Deshi food such as Bharta, Chutney, and what not. Whatever they cook, the taste is never the same. It gets fabricated, no matter how hard they try to reach the authenticity. They unconsciously desire the same taste because through it they can transform the nostalgia into a temporary happiness, a happy return to home through Deshi cuisine. This is so painful an experience that comes after crossing the physical borders and also from the prolonged desire to return to the roots. Culinary nostalgia, such a brute!!! This nostalgia even helps them identify the culture they are brought up with, turning up everywhere where they go as if a shadow chasing its source. So if we want to think of an immigrant existence of Bangladeshi people abroad, we cannot do it without the Bangladeshi cuisines and food. A French politician and lawyer, who was a connoisseur of good food, once said: "Tell me what you eat, and I will tell you what you are." It means our food, our cuisine, our music, our language—all are what we are. No separation is possible even after a long, long distance.

Silence! Silence! Home is always there!!

The writer is a MA student in English Language and Cultural, University of Eastern Finland and he could be communicated by email: anupams@uef.fi