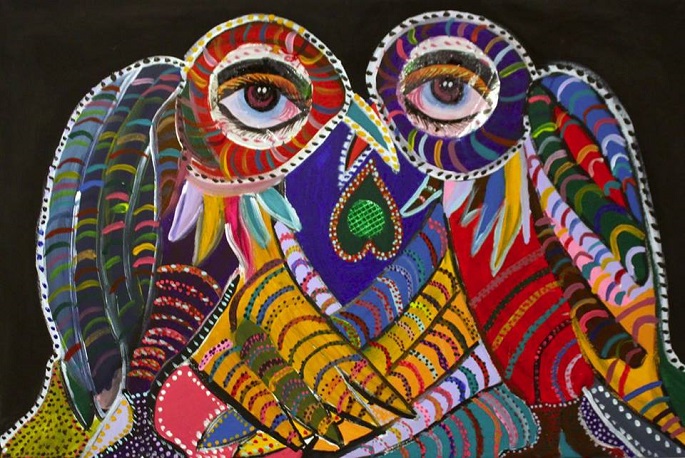 Painting lovers would be enlightened with a mystic touch, could brush up their faiths; a blissful nirvana in Sanskrit, or Fanna in Arabic, might show them a miraculous path constructed by a painter from Bangladesh who himself has sunk into Sufi meditation to see his own soul reflected on his canvas; he is transcending himself for setting up his own personal dialogue with the creator.

The painter Ronni Ahmmed is in a ritual with his colours and brushes, engrossed in walking his own distinct way of tasawuuf which is unlike any other Sufi Tariqa. His brand of creative mysticism is rooted in the esoteric schools like the Baul and the Sahajiya of Bangladesh. His paintings go beyond the boundaries of religion. The blazing colours in his recent works represent the rainbows of grace and blessing he experiences these days. 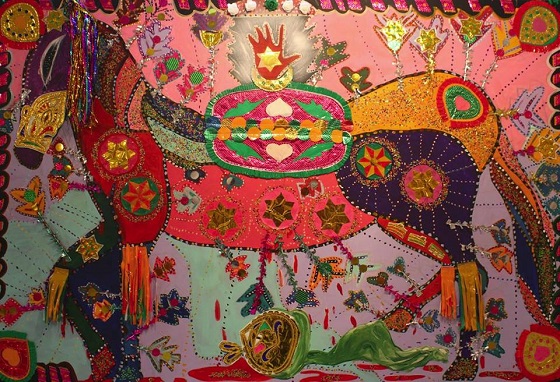 To the so-called sophisticated critiques, the deep colours of his paintings might equate to Pop Art, but that really is not his brand; because, Pop Art doesn’t speak of the inner paranormal journey. He uses such versatile colours that at first would blow your mind and then the puzzles embedded in the paintings might allure you to a profoundness that leads to infinity; you would discover that the grand design of the universe is written on the enigmatic images and symbols of his works.

If you look for originality and know the basic creative process of Ronni Ahmmed, you will come to realize that his mystic ideas are a synchronization of legends of the saints, the colour choice of Bengali people and their traditional designs, like Rickshaw paintings, all vividly blended and projected. He went into an experiment with folk designs and deep colours for reinventing the traditional mind in a modern way.

While describing legends about prophets, Ronni painted Jesus Christ in a non-European style. Numerous portraits of Jesus are found in the medieval period to the modern era in the West, but his paintings of Jesus express something different; here the prophet is sketched in blazing Sufi patterns and Bengali folk colour concepts.

The core of Sufi philosophy is love for God in one’s own way. Painting is a great ritual of invoking the Lord; it’s a Tariqa or path reinvented by Ronni who has embarked on a creative pilgrimage towards Him. The painter is now telling the truths he encounter on his way back to the Source.