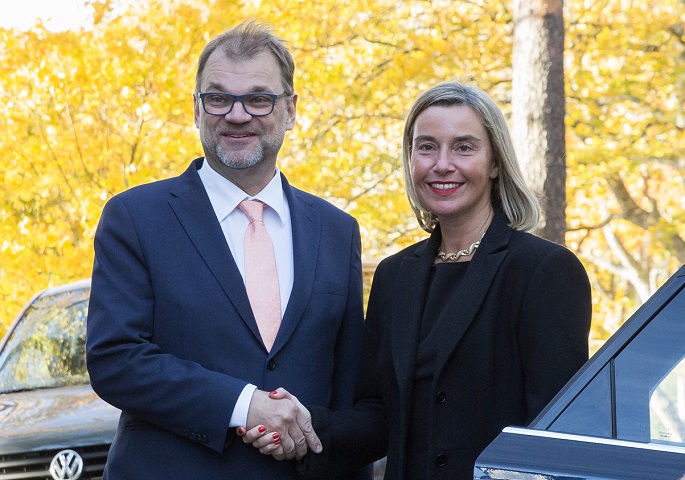 “We had a good discussion on key EU objectives and challenges that will be on the agenda during Finland’s EU Presidency, which starts in July. For example economic growth and security are areas require concrete action. This needs to be taken into account in the EU’s Strategic Agenda, which the EU Member States will endorse in their Summit just prior to the start of Finland’s Presidency. We both agreed that the Agenda will be swiftly translated into concrete action during Finland’s Presidency,” the Prime Minister said.

“In our discussions, I also brought up the recent report published by the Intergovernmental Panel on Climate Change (IPCC). In my view the EU should take on a role as a climate leader, and efforts to mitigate climate change should in my opinion take on a central role in Finland’s Presidency programme,” Sipilä said.

In their discussions, Mogherini thanked Finland for its active role in developing EU defence cooperation and in combatting hybrid threats.

“Safeguarding the future of our citizens will continue to be one of our core tasks – it is what citizens expect of the European Union. This work must remain active in the future too,” said the Prime Minister.