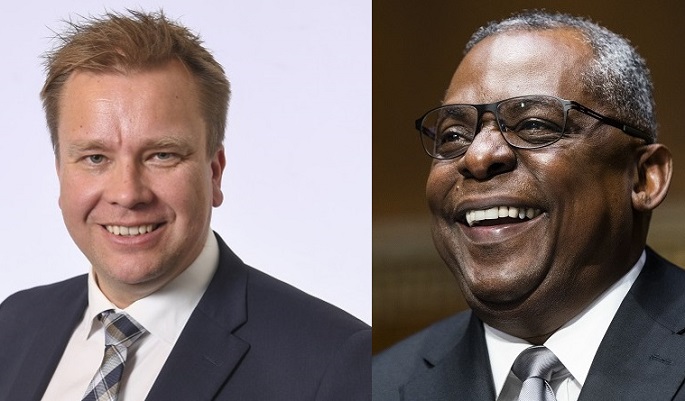 Defence Minister Antti Kaikkonen on Wednesday held a bilateral telephone conversation with the new US Secretary of Defense Lloyd J. Austin III, said the defence ministry in a press release.

During the conversation, Kaikkonen wished Austin success in his new office.

They discussed various issues, including defence cooperation and other contemporary matters.

In this context, the Finnish defence minister said the United States is an important and close partner of Finland.

He also pointed out that the bilateral Statement of Intent signed in 2016 between the USA and Finland provides a good framework for developing defence cooperation.

Both Kaikkonen and Austin consider it important to continue discussions on European security and topical international issues.

They also expressed the wish to meet in person as soon as possible.