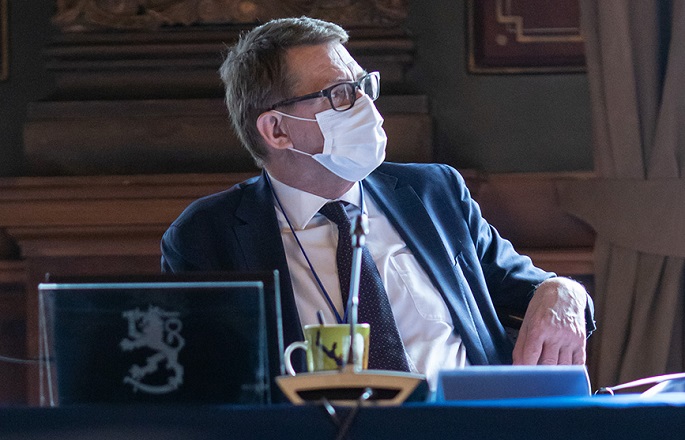 Finance Minister Matti Vanhanen on Tuesday welcomed the new members to the Climate Action Coalition and expressed confidence to play an important role in the global climate debate.

“I warmly welcome the new members of the coalition. This demonstrates the coalition’s growing role and the importance of its work in the global climate debate. Our work is based on building trust and confidence, sharing experiences, and strengthening expertise and knowledge,” said Vanhanen, who chaired the coalition meeting.

The coalition meeting took place virtually in the margin of the Spring Meetings of the World Bank Group and the International Monetary Fund held during 5–11 April, said the Ministry of Finance in a press release.

The climate and economic policies were discussed by the finance ministers of more than 60 countries at the meeting of the Coalition of Finance Ministers for Climate Action on Tuesday.

In its spring meeting, the coalition acquired eight new member countries, including the United States, Japan, and South Korea.

The meeting was co-chaired by Finland’s Minister of Finance Matti Vanhanen and his counterparts Rodrigo Cerda from Chile and Sri Mulyani Indrawati from Indonesia. After the meeting, the coalition will continue its work with Finland and Indonesia as chairs.

The most actively debated topics were the challenges of green recovery, the reforms necessitated by a carbon-neutral economy, and the impacts of climate change on financial stability.

In his closing remarks, Vanhanen hailed the outcome of the meeting and called on the coalition to collaborate with stakeholders and relevant organisations with a view to assembling a set of concrete tools.

The discussions of the coalition on Tuesday were extremely relevant also from the perspective of the Climate Summit to be hosted by the United States on 22 April 2021.

The meeting was also attended by China and India that are not members of the coalition.

Among the observers were countries such as Russia and Pakistan. The meeting, which brought together the world’s largest economies, was also attended by US Secretary of the Treasury Janet Yellen and China’s Minister of Finance Liu Kun.