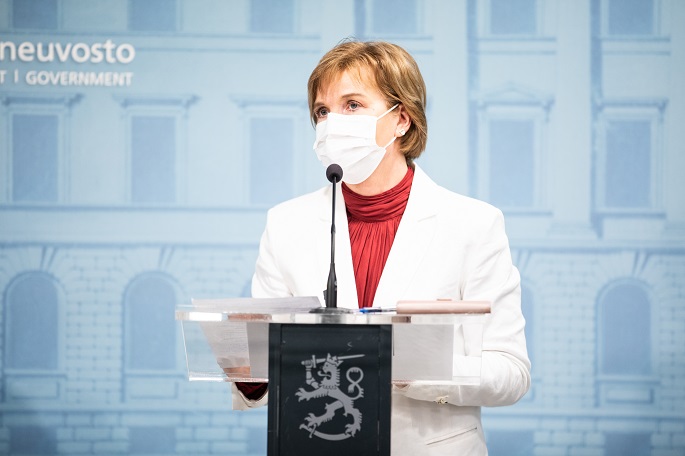 Minister of Justice Anna-Maja Henriksson on Saturday said that the government was preparing to introduce a curfew in the country against the backdrop of the worsening coronavirus situation.

Talking to the Ykkösaamuprogramme of the national broadcaster Yle, the minister said the government was working to bring necessary amendments to the Emergency Powers Act in this regard.

She, however, said that the Ministry of Justice is not involved in the procedure yet.

"The curfew is being prepared by the Prime Minister's Office, not in the Ministry of Justice,” Yle quoted Henriksson as saying.

Earlier, on 25 February, the government announced its decision to impose stricter restrictions and prepare for imposing a state of emergency in the wake of an increasing number of coronavirus infections in the country.

Prime Minister Sanna Marin, accompanied by leaders of the ruling parties, made the announcement from a press conference where she said that the government is prepared to declare a state of emergency throughout the country. The prime minister has discussed this issue with the president.

Henriksson on Saturday also said that the government is reviewing the matter of the upcoming municipal elections scheduled for 18 April.

She told the Yle that she already met with the secretaries of the political parties’ parliamentary groups on Friday and discussed about the possible postponement of the polls following the coronavirus situation.

“The decision needs to be made next week, with a few questions still to be answered,” Henriksson told the Yle, adding that the possibility for postponing the election is very high.