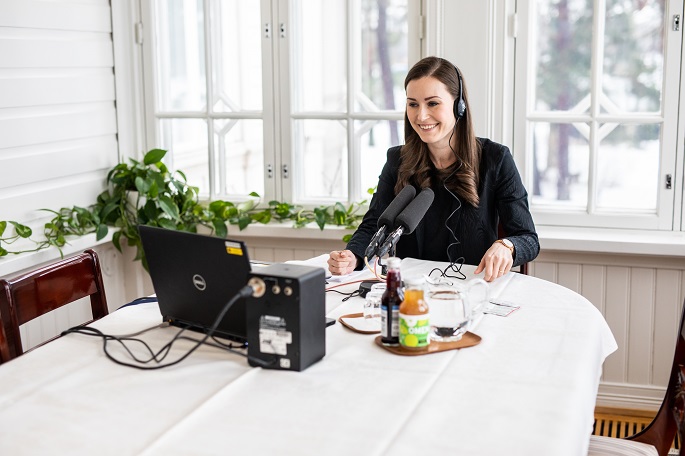 Talking to the national broadcaster Yle, the PM also vowed that the coronavirus situation would not affect the upcoming municipal elections scheduled for 18 April.

“I’m worried about the situation. Some areas, like the capital region, have chosen to ease the restrictions against the advice of public health officials and government recommendations,” the Yle report quoted Marin as saying.

The prime minister made the remarks following the plans of the Helsinki metropolitan area to resume partial contact teaching at upper secondary schools from the beginning of March.

She pointed out that coronavirus infection among the young people has deteriorated in the context of spreading of mutated virus in the metropolitan area.

Speaking on the schedule of the upcoming municipal elections, the prime minister said in reference to preliminary polls that the voter turnout in the local elections would not be affected by the coronavirus situation.

She also opposed the idea of postponing the municipal elections due to the coronavirus concern.

“As the leader of the Suomen Sosialidemokraattinen Puolue (Social Democratic Party of Finland- SDP), I can say the SDP will put forward a qualified candidate for the position,” said Marin, also the chairperson of the ruling SDP.

Earlier, on Saturday, Minister of Justice Anna-Maja Henriksson said the final decision on holding the municipal elections will be taken next week.

The minister made the remarks following suggestion for postponement of the polls scheduled for 18 April against the backdrop of an increasing trend in the coronavirus outbreak in the country.

Chancellor of Justice Tuomas Pöysti had expressed the view that the option for postponing the election schedule could be considered.