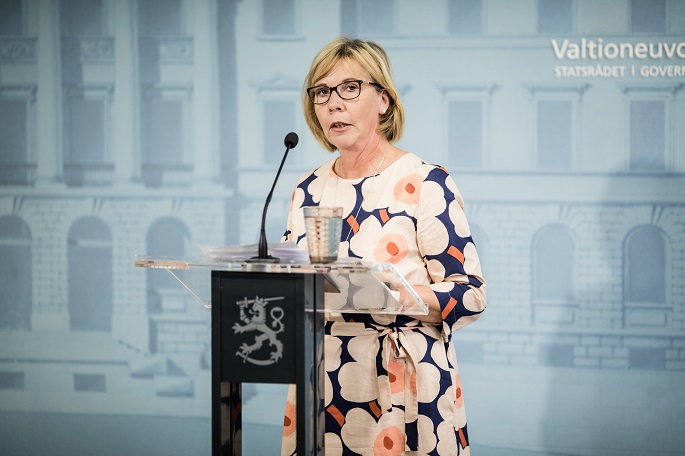 Minister of Justice Anna-Maja Henriksson said the final decision on holding the municipal elections will be taken next week, reported the national broadcaster Yle on Saturday.

The minister made the remarks following suggestion for postponement of the polls scheduled for 18 April in the context of an increasing trend in the coronavirus outbreak in the country.

Earlier, Chancellor of Justice Tuomas Pöysti viewed that the option for postponing the elections schedule could be considered.

“We want to find solutions so that we can deal with this well. And no one knows what the situation will be like in the autumn. We don’t know if there will be other mutated virus variants, meaning that potentially we should think about the conditions under which we will be able to hold elections at all,” the Yle report quoted Henriksson as saying, adding that Finland should look at the examples from other countries where elections have gone ahead.

The minister said parliamentary elections are being planned in the Netherlands and the United Kingdom, as examples.

the minister told the Yle, “Of course, in every municipality we now have to think carefully about practical matters. Consideration should also be given to the possibility of voting outdoors, and home voting could also be possible for those who are unable to go to the polling station themselves or are quarantined.”

Earlier, on 13 February, Prime Minister Sanna Marin told a function in Turku that holding of the municipality polls as per the schedule is important and the pandemic could not be a good reason to postpone the elections scheduled for 18 April.

She, however, said that it is up to the municipalities to make sure that people can exercise their right to vote. All means available to make voting possible must be investigated.

Earlier, different groups, including the officials of the Ministry of Justice, called for postponing the municipal elections, considering the coronavirus situation of the country.

The Ministry of Justice said the authorities will send instructions on safe voting to all eligible voters together with the notice of right to vote (polling card) in March.

The Ministry of Justice is preparing for the municipal elections in cooperation with the Finnish Institute for Health and Welfare (THL).

The Ministry and the THL will monitor the development of the COVID-19 epidemic closely, and, if necessary, they will issue more specific instructions on the election arrangement, said the ministry early this month.