Drugs worth €20m smuggled into Finland among flowers 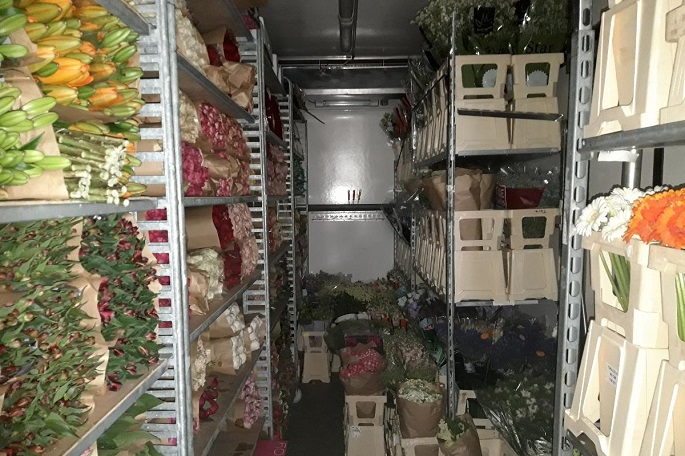 The police unearthed incidents of smuggling of huge amounts of drugs hidden among flowers into Finland from the Netherlands, said the National Bureau of Investigation (NBI) in a press release.

The NBI and the Helsinki, Häme, Southeastern Finland, and Ostrobothnia Police Departments have investigated illegal import, sale, and distribution of drugs between June 2018 and May 2020.

The criminal investigation has established that the acquisition, sale, and packing of the drugs and the smuggling of them from the Netherlands into Finland and Sweden were carried out by members of a Dutch criminal organisation. Those who ordered the drugs organised the reception and distribution of the drugs in Finland.

“We have been able to obtain a clear picture of the large drug smuggling organisation concerned. We have conducted several police operations throughout the country during the criminal investigation,” said NBI’s Head of Investigation Detective Superintendent Jari Räty.

Two Dutch men aged 44 and 47 are suspected of being responsible for the organisation of the smuggling operations. The suspects received the drugs in the Netherlands, and packed and loaded them for transport to Finland.

The drugs were hidden in flower and house plant deliveries, for the purpose of which the suspects had set up a company. The roller cages with flowers were transported with other goods to the port of Vuosaari. The carrier company is not suspected of complicity in any offence.

“The suspects operated in a professional manner to organise the smuggling of the drugs. They set up a company engaged in the import of flowers and ran a legal business while organising the smuggling operations. The smuggling organisation was also careful to ensure the identification of those receiving the drugs, in particular, and to conceal the communications between the parties involved,” said Jari Räty.

In Finland, the drugs were transported to predetermined places along the transport route for the flowers and house plants, which were mostly delivered to different shops and the drugs were collected by those responsible for receiving them.

Three of the said 17 smuggling operations were headed for Stockholm via Finland. The cash received for the sale of the drugs was hidden in the flower company’s return load, and this way it ended up back in the Netherlands.

On the basis of the criminal investigation, the drug smuggling organisation distributed in Finland and in Stockholm a total of 310 kilos of marijuana, 312 kilos of amphetamine, 53 kilos of hashish, 15 kilos of cocaine, 14 kilos of MDMA, two kilos of crystal meth, 142,000 ecstasy pills, 19,000 LSD pills, 100,000 Xanax pills, two kilos of ketamine, and over 50,000 pills containing other medicinal substances.

During the criminal investigation, the police have seized slightly over a million euros of criminal proceeds and have taken preventive measures on immovable property worth around 700,000 euro. Over 50 persons have been subject to police actions in Finland due to the criminal investigation. The total street value of the drugs distributed in connection with the smuggling operations concerned is estimated to exceed 20 million euro.