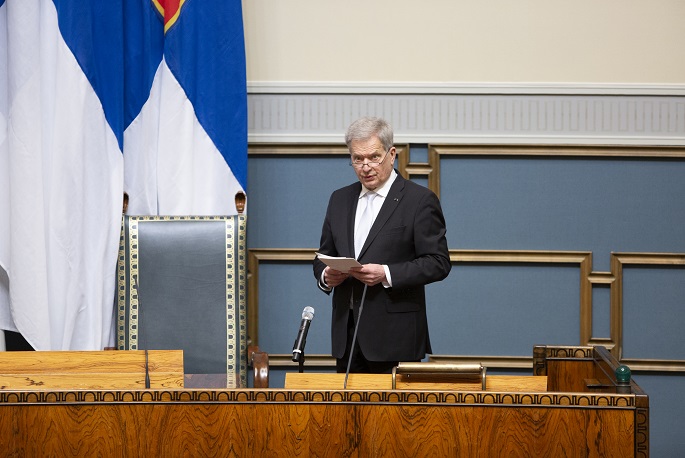 He said that the Arctic countries "now need to nourish the seeds of cooperation."

By way of example, Niinistö said that "The reduction of black carbon and methane emissions would bring immediate results in our fight against climate change."

Niinistö said that the new U.S. administration's return to the Paris Agreement was a "good start." "Many (other countries) have also expressed their support for the multilateral system, most recently in the virtual Davos meeting," he added.

The President also welcomed the news that the New Strategic Arms Reduction Treaty (START) between the U.S. and Russia was extended by five years starting Wednesday.

"Finland continues to be prepared to offer its good services to support negotiations on strategic stability," he noted.

Due to the pandemic-related measures, Niinistö and Speaker Anu Vehviläinen were alone in the Parliament chamber, with no deputies or guests present. The president's speech was televised nationally.