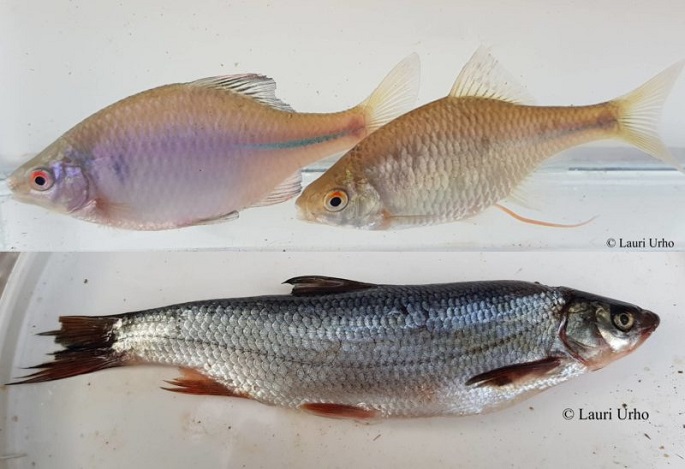 The species were discovered when mapping and studying pumpkinseed populations.

During the mapping process, the alien species were discovered in more than 50 ponds in southwest Finland.

Alien species are an increasing risk to threatened species. Unlike as is generally believed, importing a new species and releasing it into nature is also a risk to biodiversity.

European bitterling has spread north and west over time from its original habitats in the northern parts of the Black Sea.

It was also sighted in Estonia in 2019. Currently, the closest water area shared by the species is located in Poland. It is probable that someone has imported the species into Finland and released them into the ponds in southwest Finland.

It is not yet known what impact alien fish species can have on other species living in the ponds. At the current fish density, the species, which mainly use plant-based nutrition, are not believed to damage native species. However, no studies have yet been conducted.

“Common nase is known to carry the common liver fluke, which also transfers to people and it may spread to other water bodies via intermediate hosts, such as birds. European bitterling in turn can carry a disease transmitted to salmonids. Importing and releasing alien fish species without proper supervision is like playing Russian roulette with Finnish nature,” said Lauri Urho, a senior scientist at the Luke who discovered the two species.

It is known that several alien species have been imported and released into nature without proper authorisation for roughly a decade in southwest Finland. Importing fish into Finland is subject to a licence. Similarly, a licence is needed to release them into natural water bodies.

“No licence should even be granted for stocking alien species, if the species potentially harms existing nature. It is not known that any such licences have been granted. People either are not familiar with the regulations or do not care. Fish species have been released unlawfully without even notifying the owners of these water areas,” said Urho.

Of the 10 new fish species discovered in Finland in the past 30 years, nine have been alien species that have entered Finland as a result of human activities. The scientist finds it worrying that alien species continue to be imported and released, regardless of prohibitions.

“This may also be based on ignorance. We hope that by sharing information about risks and threats associated with alien species we can put a stop to unauthorised importing and releasing,” added Urho.