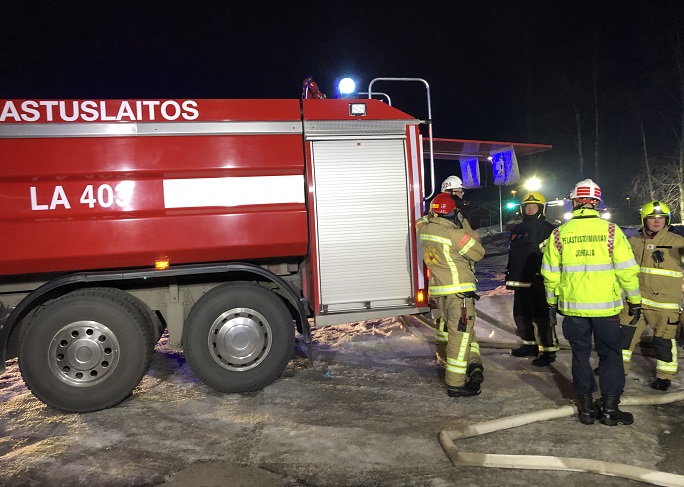 One person was killed in a fire at an apartment of a residential building in Lohtajankatu area of Kajaani on late Saturday night, said the police.

The fire broke out at about 9:00 PM and engulfed the apartment immediately.

Rescue service personnel rushed to the spot responding to a call and brought the fire under control. But a man, resident of the house, was burnt to death in the fire.

The fire, however, did not spread to any other apartment of the building. There was no need to evacuate the residents of four other apartments during the operation of the rescue service.

The police, however, did not divulge detail in this regard initially. The law-enforcing agency is investigating the incident.