Tighter restrictions on restaurants, bars to continue in 5 regions 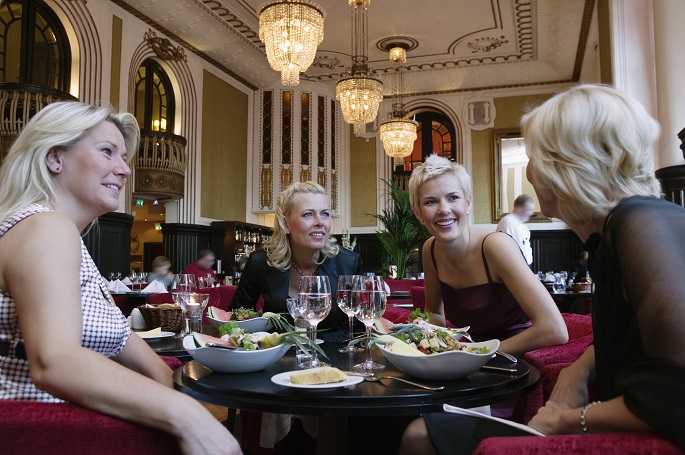 The government has decided to continue tighter restrictions imposed on food and beverage sellers in five regions of the country with effect from Friday in response to the increasing number of coronavirus infections recorded in these regions, said the social affairs and health ministry in a press release of on Thursday.

The COVID-19 epidemic has reached the acceleration phase in the five regions where food and beverage service businesses must continue to follow tighter restrictions than the rest of the country.

These restrictions apply to the regions of Uusimaa, Southwest Finland, Pirkanmaa, Kanta-Häme and Ostrobothnia.

The COVID-19 epidemic has calmed down in Ostrobothnia, and at the moment, the region is no longer in the community transmission phase but in the acceleration phase. The current phase was determined based on the opinions from the Vaasa Hospital District and the Finnish Institute for Health and Welfare (THL).

In addition, food and beverage service businesses operating in the regions where the epidemic has reached the acceleration phase will be allowed to seat only half of their normal number of customers inside their establishments.

They lay down provisions on the restrictions concerning the opening and licencing hours of food and beverage service businesses by region and type of restaurant.

The aim of the restrictions to be imposed based on the epidemiological situation in the region is to reduce people’s social contacts in premises and situations where the COVID-19 disease is known to spread effectively.

The restrictions will remain in force only for as long as it is necessary, but no longer than until 15 December 2020.

Meanwhile, the Government on Thursday decided to extend the restrictions on entry into the country until 13 December 2020, said another government press release on Thursday.

The decision is based on the limit value of a maximum of 25 new cases of the disease per 100,000 persons in the previous 14 days. It applies to Schengen countries, non-Schengen EU countries and the United Kingdom.

In addition, people can come to work in Finland from Sweden and Estonia without a 10-day self-isolation period. Leisure boating from the EU and Schengen countries to Finland is also permitted.

External border traffic refers to traffic between Finland and non-Schengen countries. From 23 November onwards, restrictions on entry in external border traffic will be reinstated for residents of Uruguay arriving in Finland. No other changes will be made to the decision adopted on 5 November.

Restrictions have already been lifted for traffic arriving in Finland from the Vatican, and for traffic between Finland and Australia, Japan, Rwanda, South Korea, Singapore, Thailand and New Zealand for residents of these countries.

Restrictions will also be lifted for residents of China and of the Hong Kong and Macao Special Administrative Regions who are travelling from these regions to Finland, provided that reciprocity is confirmed by the Council of the European Union.