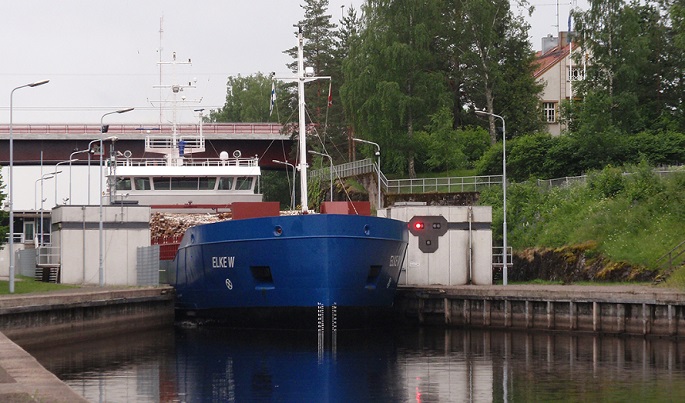 The Saimaa Canal Delegate of the Russian Federation on Thursday reported that the traffic restrictions in the Russian side of the entrance fairway to the Saimaa Canal have been lifted, said the Finnish Ministry of Transport and Communications in a press release.

Starting from 28 September, the harbourmaster of Vyborg imposed a restriction on vessel traffic in the dark in the entrance fairway to the Saimaa Canal in the section from the Mariankivi Light to the Brusnitchnoe Lock, because the maritime safety installations were broken.

This week, repair work has been carried out on the navigational sector lights.

In the last few years, the traffic volumes in the Saimaa Canal have amounted to 1.3 million tonnes a year. This year, the volumes have been growing.