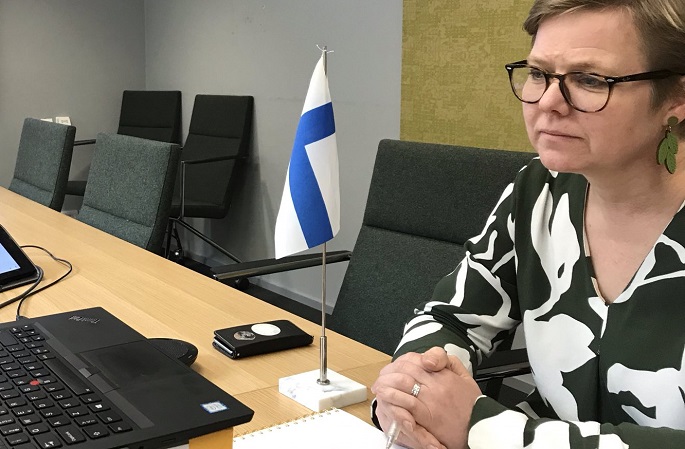 The government has taken an initiative to reform the Climate Change Act, said a government press release.

As a part of the move, the environment ministry on Thursday opened two online surveys to collect citizens’ views on how participation, access to information, and a just transition towards a carbon neutral society should be taken into account in the new Climate Change Act.

Opinions are also collected on how the rights of the Saami people should be included in the Act.

“We can succeed in the fight against climate change only if there is a broad consensus among the people that climate actions are justified and understandable and they are implemented in a way that is fair and just. This is why we want to hear even more closely about the best possible ways to include citizens’ participation and access to information in the Act,” said Minister of the Environment and Climate Change Krista Mikkonen.

In the present Climate Change Act there is no specific mention to the rights of the Saami people.

Both in Finland and in international contexts, it is an established fact that climate change poses a risk to the realisation of fundamental and human rights. A separate survey is conducted on how the rights of the Saami as an indigenous people should be included in the Act.

“Climate change poses a serious threat especially to the Saami culture and its traditional nature-based livelihoods. With this reform we want to strengthen the rights of the Saami as an indigenous people. The surveys can also be answered in the Saami languages,” said Mikkonen.

The surveys will remain open until 12 November at Otakantaa.fi. A summary of the replies will be compiled and delivered to the working group tasked with preparing the new Act and published on the environment ministry’s website.