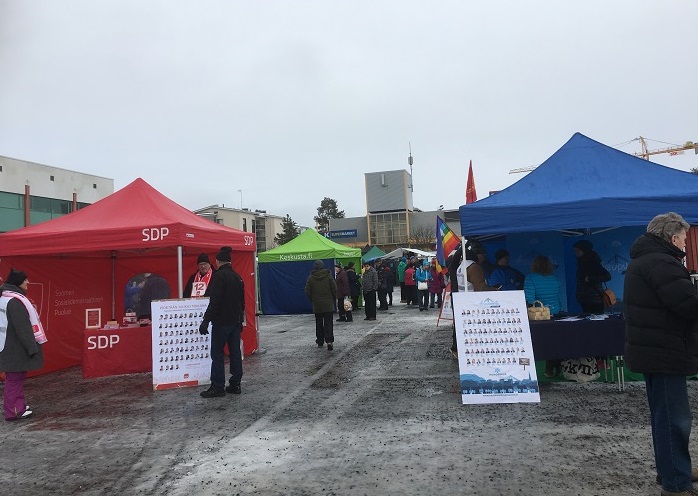 Support for the Suomen Sosialidemokraattinen Puolue (Social Democratic Party of Finland-SDP), which leads the five-party coalition government, has risen further to 23.4 per cent, according to the results of a poll commissioned by the national broadcaster Yle.

The poll carried out by Taloustutkimus in July-August showed that the support for SDP increased by 1.5 per cent month on month.

The poll report published on Thursday said the main opposition Perussuomalaiset (Finns Party) remained second on the popularity list with 18.9 per cent support, closely followed by another opposition, the Kansallinen Kokoomus (National Coalition Party-NCP) with 17.3 per cent support.

Two other components of the ruling coalition – the Vasemmistoliitto (Left Alliance) and the Suomenruotsalainenkansanpuolue (Swedish People’s Party of Finland-RKP) secured the sixth and seventh places on the popularity list with 8.1 per cent and 4.0 per cent supports respectively, while the opposition SuomenKristillisdemokraati (Christian Democratic Party) secured the eighth place with 3.6 per cent support.

According to the poll results, the SDP gained more support among women, with the poll also indicating sharply growing popularity with older segments of the population, said the Yle report.

“It can be clearly seen. Support is coming in from women and those over the age of 50. Retirees are clearly in evidence,” Taloustutkimus Research Director Tuomo Turja told the Yle.

The popularity of the SDP has increased by 5.7 per cent since the parliamentary elections in 2019.