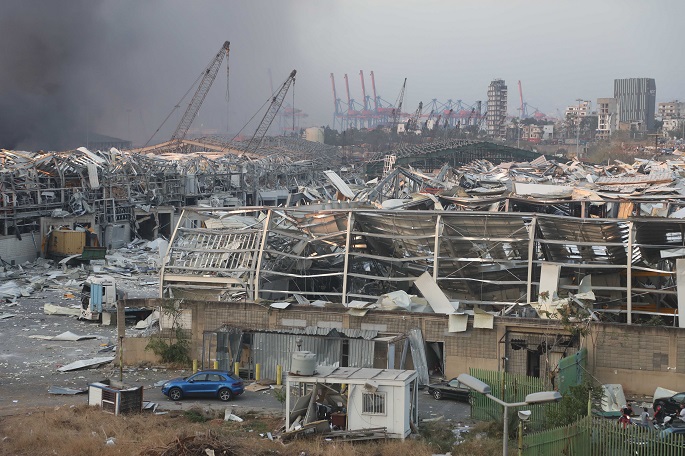 Damaged buildings are seen after the explosion at the port of Beirut, Lebanon, Aug. 4, 2020. Photo Xinhua.

The Finnish embassy in Beirut was badly damaged and one Finnish national was injured in twin explosions that rocked the Lebanese capital city on Tuesday, said the foreign ministry in a statement on Wednesday morning.

The embassy is less than two kilometres from the spot of the blasts.

One Finnish citizen was reportedly injured in the incident, reported quoting a foreign ministry official.

Foreign ministry spokesperson Tina Tähtinen told the national broadcaster Yle that one Finn had been lightly injured in the blast.

The injured is now undergoing treatment but the identity of the injured could not be known.

Foreign Minister Pekka Haavisto in a twitter post wrote that the foreign ministry is currently contacting all Finns in Beirut.

No member of the embassy staff, however, was hurt in the incident.

The embassy premises will remain closed until further notice, and the embassy personnel will continue to work elsewhere for the time being, said the ministry in a press release.

The foreign ministry has urged everyone in Beirut to exercise special caution and to avoid movement in the vicinity of the explosion site.

The blasts hit the Port of Beirut at around 6:10 PM local time (16:10 GMT), shaking buildings all over the city while causing massive casualties and damage.

The causes of the blasts remain unknown, but Lebanese Interior Minister Mohammad Fahmi said the explosive chemicals stored at Port of Beirut may have led to the explosions.