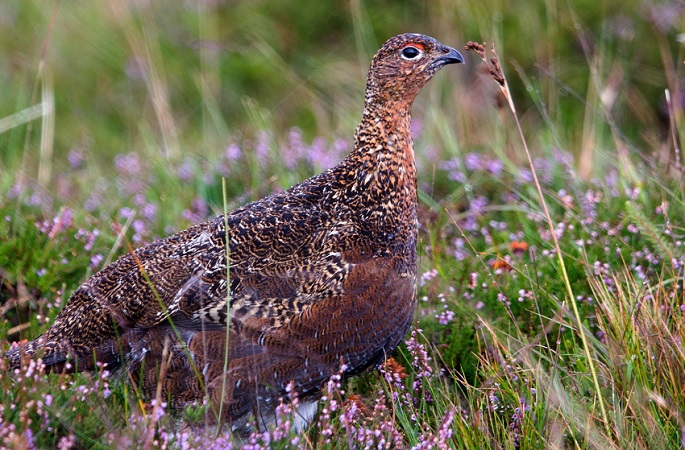 The grouse catch in the country was about 20 percent higher in 2019 than previous year, the Natural Resources Institute Finland (Luke).

In particular, more black grouses were caught than before, as were hazel grouses and willow grouses. The number of wood grouses was slightly smaller than last year.

About 100,000 hunters hunted grouse, the same as the previous year, and around 60% of them were successful.

In the recent couple of years, the grouse stocks have recovered from the past years. Each spring has been warmer, and the chicks have had higher survival rates.

The number of hunters has increased thanks to the larger grouse stock and improved opportunities for hunting, which has also made the total catch greater.

Even though more black grouses were caught last year than in the preceding years, the number was only about half of the top numbers at the start of the 2010s, and just under the average of the 2000s.

The number of caught waterfowl and those who hunt them have been declining for years already. Last year, the catch did not reduce, and the number of hunters remained the same as in the previous year.

About 71,000 hunters hunted waterfowl last year, and roughly two thirds of them were successful.

The largest waterfowl catches were those of our most common game species, mallard and teal.

About 200,000 mallards were caught. The teal catch was less than half as much as that of mallard.

The third most popular waterfowl catch was goldeneye: roughly a third of the number of caught teals.

The population of wood pigeon has significantly grown in Finland in the last decades, and its catches have been large throughout the 2010s.

Slightly less raccoon dogs and minks than in the previous year

The volumes of mountain hare catches have reduced through the years. Likewise, last year’s catch was smaller than the average of previous years.

Around 300,000 hunters pay the annual game management fee that grants a right to hunt game in Finland (approximately 308,000 hunters in 2019). Roughly two thirds of them were active in 2019. There were around 168,000 small-game hunters and 126,000 deer hunters. Over two thirds of those who hunted small game were successful.

The hunting statistics are based on a postal questionnaire sent to approximately 7,500 hunters who paid the game management fee last year. About half of them responded to the questionnaire.