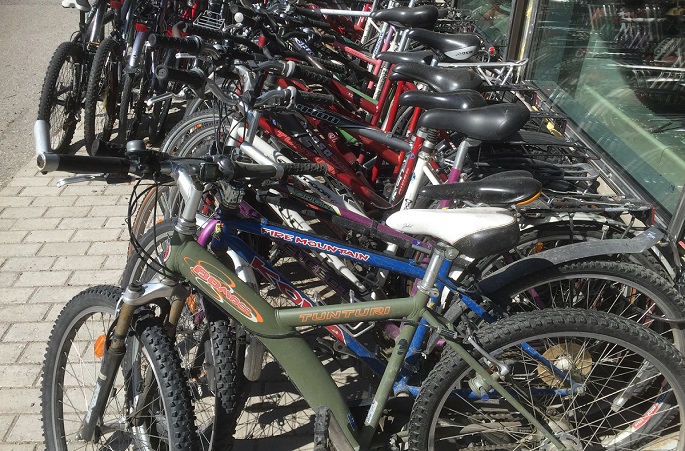 Incidents of bicycle theft increased by about 50 per cent in the western Uusimaa area, said the police in a press release on Thursday.

Police investigation units and the police analysis unit have launched a project aimed at decreasing the number of bicycle thefts.

In order for the project to succeed, the police have asked bike owners to write down the serial number of their bicycles, take photos of them and their particular features such as replaced parts, dents etc, which can be used to identify them once they are found. The best way to prevent a theft is to lock the bicycle with a proper lock able to withstand basic tools including bolt cutters to a solid structure or a bicycle rack.

If a stolen bicycle is found for sale on the Internet, the owner should inform it to the police.

Active thieves do not steal bicycles for themselves but to sell them.

The police also warned that if anyone is buying a used bicycle from someone, it could be taken away from the buyer, if it is found to be stolen.

In some cases, the buyer can also be charged for buying a stolen bicycle.