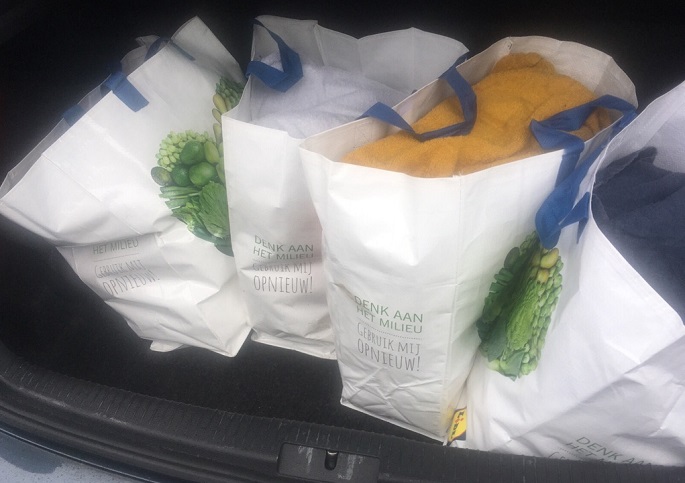 Police recovered amphetamine on way to smuggling from the Netherlands to Finland. Photo source NBI.

Two members of the notorious Hells Angels gang were arrested on charge of suspected smuggling of 96 kilograms of amphetamine from the Netherlands to Finland, said the National Bureau of Investigation (NBI) on Tuesday.

The seizure was made in the Dutch municipality of Nieuweschans near the German border in early March 2020, as the authorities stopped a vehicle transporting narcotics and apprehended the people riding in the car, said an NBI press release.

The criminal investigation conducted in Finland is part of Operation Vidar, an extensive effort carried out by the Dutch authorities concerning investigation into the import of amphetamine by Hells Angels to Great Britain and Finland, among other countries. In the Netherlands, several individuals are suspected of offences. Some of them are members of the Hells Angels or Red Devils criminal organisations.

The criminal investigation established that in March attempts were made to import a total of 96 kilos of amphetamine to Finland. In the apprehensions and seizures conducted by the Dutch authorities, 86 kilos of amphetamine was found in a vehicle alleged to be on the way to Finland, and later another 10 kilos in a storehouse. The police also took possession of a mobile phone containing the details of the alleged recipient of the said drugs in Finland.

The NBI organised a joint operation with the Dutch authorities for establishing the recipients of the drugs. For the facts established in the operation, the authorities believe that the recipients of the drugs in Finland included a person, who, according to the information received by the authorities, is a full member of Finnish Hells Angels, born in 1976, and his alleged accomplice born in 1984, said NBI Detective Chief Inspector Kimmo Sainio.

The men are suspected of committing two aggravated narcotics offences, an explosive offence and an aggravated firearms offence. In the apprehension, nine kilos of hash, 38 kilos of explosives and a significant number of firearms, firearm parts and ammunitions were seized.

Besides the two, another person was apprehended in Finland in this connection.

According to the police, he is a Hells Angels full member in Finland. The man born in 1971 is suspected of aggravated money laundering offence and an aggravated narcotics offence.

He was surrendered to the Dutch authorities and for his part the consideration of charges will be conducted in the Netherlands.

The criminal investigation concerning the other two suspects will be referred to the Prosecution District of Southern Finland in early July for consideration of charges.

Founded in 1948 in the United States, the Hells Angels is a worldwide motorcycle club. The International Criminal Police Organisation (Interpol), the US Department of Justice, and the Finnish police, among others, consider the club to be a criminal organisation.