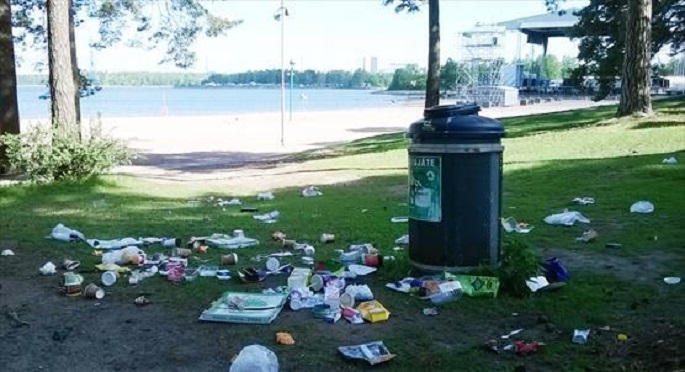 Ninety per cent of the litter visible to the naked eye on beaches close to residential areas is composed of various plastic and foam plastic products, and cigarette butts are the most common type of plastic waste, according to a report compiled by the Finnish Environment Institute (SYKE).

Road traffic is the most significant source of microplastics, said a SYKE press release quoting the report, which produced a clearer picture of litter in the Finnish marine environment.

The report evaluated the amounts, quality, sources and pathways of all sizes of marine litter in all Finnish beaches and sea areas.

Litter visible to the naked eye, i.e. macro-litter, was monitored on different types of beaches. The results show that Finnish beaches have an average of 240 pieces of litter per thousand square metres.

“Amounts of litter are smaller on beaches in their natural state and higher on urban beaches. About 90 per cent of beach litter is composed of various plastic or foam plastic products. On urban beaches, almost 70 per cent of all the litter is cigarette butts, while on more rural beaches they make up about five per cent of the litter,” said SYKE Senior Researcher Sanna Suikkanen.