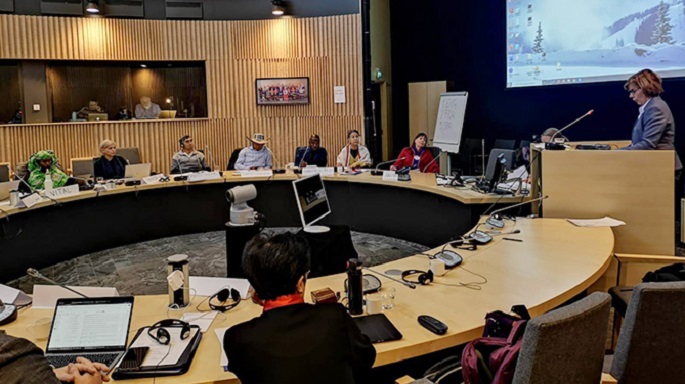 Justice Minister Anna-Maja Henriksson on Thursday met with representatives of the Sámi Parliament and the UN Permanent Forum on Indigenous Issues (UNPFII) in Inari, said a government press release.

According to Henriksson, there is still work to be done in Finland in order to safeguard the rights of the Sámi as an indigenous people, including their linguistic rights.

“The government continues its work to reform the Act on the Sámi Parliament. A working group was appointed in January tasked with assessing the amendment needs,” the justice minister said in connection with the preparatory meeting of the UN Permanent Forum on Indigenous Issues.

Last year, the UN Human Rights Committee considered that Finland has violated the International Covenant on Civil and Political Rights. According to the UN committee, the Supreme Administrative Court of Finland should not have admitted persons into the electoral roll for election to the Sámi Parliament against the decision of the Sámi Parliament.

“We take the views of the UN Human Rights Committee seriously,” said Henriksson. “The government has already informed the human rights committee of the measures to be taken and will keep the committee posted about the situation. The Government Programme includes a number of measures for promoting the realisation of the linguistic and cultural rights of the Sámi people.”

The preparatory meeting of UN Permanent Forum on Indigenous Issues was held in Inari this week. The meeting was attended by 16 members of the UNPFII coming from across the world.