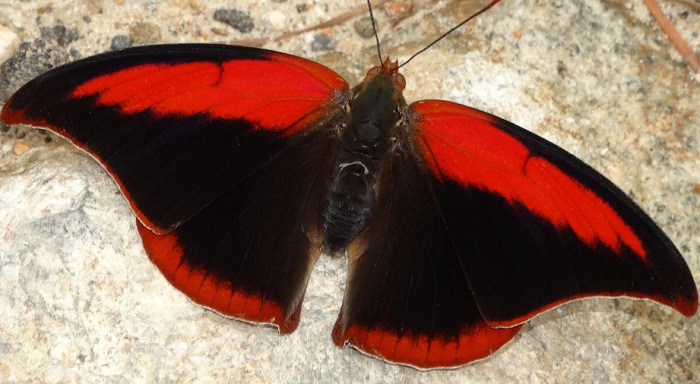 The number of insects is on the wane and many of their species are getting extinct in an accelerating rate in many parts of the world. With this comes disappearance of irreplaceable services to humans, the consequences of which are unpredictable, said the University of Helsinki in a press release.

It said a group of scientists from across the globe has united to warn humanity of such dangers.

The release emphasised engaging civil society and policymakers for future and mutual well-being of both people and insects. In addition to mitigating climate change, an important aspect of the solution involves setting aside high-quality and manageable portions of land for conservation, and transforming global agricultural practices to promote species co-existence.

The release also observed that humanity is pushing many ecosystems beyond recovery. As a consequence, unquantified and unquantifiable insect extinctions are happening every day. Two scientific papers by 30 experts from around the world discuss both the perils and ways to avoid further extinctions, intending to contribute towards a necessary change of attitude for humanity’s own sake.

“It is surprising how little we know about biodiversity at a global level, when only about 10 to 20 per cent of insects and other invertebrate species have been described and named. And of those with a name, we know little more than a brief morphological description, maybe a part of the genetic code and a single site where it was seen some time ago,” said Pedro Cardoso from the Finnish Museum of Natural History Luomus at the University of Helsinki.

The results of recently published works make it clear that the current situation is a dire loss of habitats, pollution resulting from harmful agricultural practices, among other things, rise of invasive species that do not encounter borders, climate change, while overexploitation and extinction of dependent species all variably contribute to documented insect population declines and species extinctions.

“With species loss, we lose not only another piece of the complex puzzle that is our living world, but also biomass, essential for example to feed other animals in the living chain, unique genes and substances that might one day contribute to cure diseases, and ecosystem functions on which humanity depends,” observed Pedro Cardoso.

The ecosystem functions he mentions include pollination, as most crops depend on insects to survive. Additionally, they include decomposition, as they contribute to nutrient cycling as well as many other functions for which we have no technological or other replacement.

The researchers also suggest possible practical solutions based on existing evidence gathered from around the world, which would help to avoid further insect population loss and species extinctions. These include actions such as setting aside high-quality and manageable portions of land for conservation, transforming global agricultural practices to promote species co-existence, and mitigating climate change.

“While small groups of people can impact insect conservation locally, collective consciousness and a globally coordinated effort for species inventorying, monitoring and conservation is required for large-scale recovery,” said Michael Samways, a Distinguished Professor at the Stellenbosch University of South Africa.