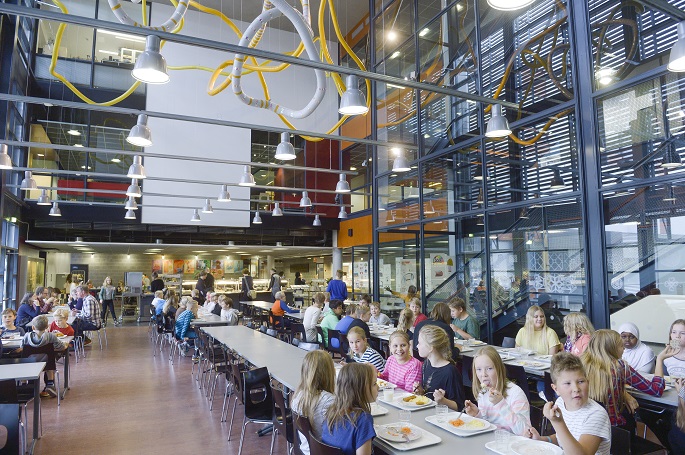 In school buildings with indoor air quality-related problems like moisture damage, temperature problems, or poor ventilation, students experience slightly more symptoms than in buildings in which conditions are stated to be better based on expert evaluation.

However, the association between indoor air quality of school buildings and the symptoms suffered by students is so weak that it is not possible to assess the indoor air quality reliably based on the number of reported symptoms, reports a recent study conducted by the Finnish Institute for Health and Welfare (THL) and the University of Helsinki. The study report has been run by the scientific journal Environmental Health, says a THL press release.

The researchers found that inadequate indoor air quality was connected to students’ respiratory and general symptoms, such as colds, coughs, and headaches.

Some links to lower airway or skin symptoms were also found, but not to eye symptoms.

Earlier research also suggests that symptoms are not a good marker of the indoor air quality of a building.

“We need more research on how much indoor air impurities explain the differences in symptoms between schools, in comparison to other factors that influence symptoms. To date, these other factors have been remarkably little researched,” said Professor Juha Pekkanen.

Besides indoor air, other factors that influence symptoms include the age of the people concerned, their health and stress levels, including how well they are doing and feeling at work and school, and beliefs and concerns about the risks of poor indoor air.

The fact that many issues influence people’s symptoms in indoor environments needs to be considered when interpreting the results of indoor air questionnaires.

“Questionnaires aimed at building-users provide valuable additional information for the management of indoor air quality problems. However, the decisions on renovations should be based primarily on data obtained by investigating the building,” said Chief Physician Jussi Lampi.

The study covered 129 lower and upper primary school buildings in the Helsinki area.

The building conditions were assessed based on the City of Helsinki’s evaluations. The THL’s indoor air questionnaire was used in the study to gather data about students’ symptoms.

More than 12,000 students responded to the questionnaire. The response rate was 60 per cent.