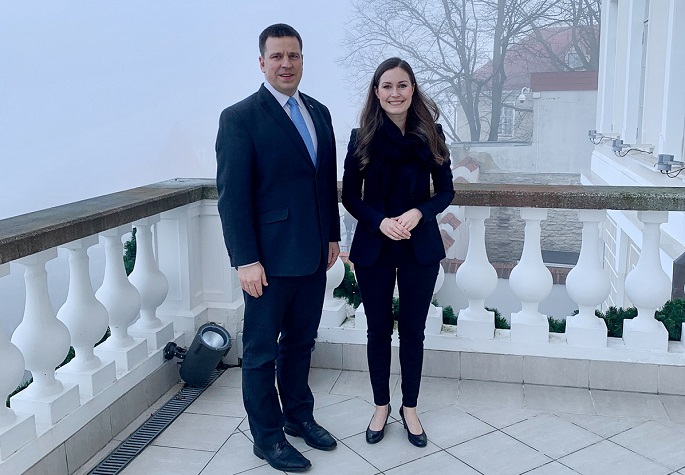 During her visit to Tallinn, Marin and Ratas discussed cooperation projects between the neighbouring countries, particularly in the fields of energy, transport, the development of European core transport networks and digitalization, said an official press release.

“I am delighted with our well-functioning cooperation, which can also be seen at the level of everyday life. The development of common digital services is opening up new opportunities. One good example of this is the introduction of a cross-border electronic prescription system for the citizens of our two countries,” said Marin.

The prime ministers exchanged views on Russia and Ukraine. They noted that the Minsk agreements must be fully implemented before there can be significant changes in relations with Russia.

Marin listened with interest to experiences from the early stages of Estonia’s term as a non-permanent member of the UN Security Council. Turning to international matters, the prime ministers addressed the worrying development of the situation in the Middle East.

Their discussion also highlighted the importance of environmental protection in the Baltic Sea and the Arctic.

News agency Xinhua adds: at a joint press conference after the meeting, Ratas termed the friendship between Estonia and Finland as "strong and timeless", adding that the bilateral cooperation is constantly deepening.

The two countries are expected to use digital medical prescriptions on both sides of the Gulf of Finland soon, said Ratas.

The two prime ministers confirmed their support for the European Union (EU)'s goal of achieving climate neutrality by 2050 and the advancement of the European Green Deal.