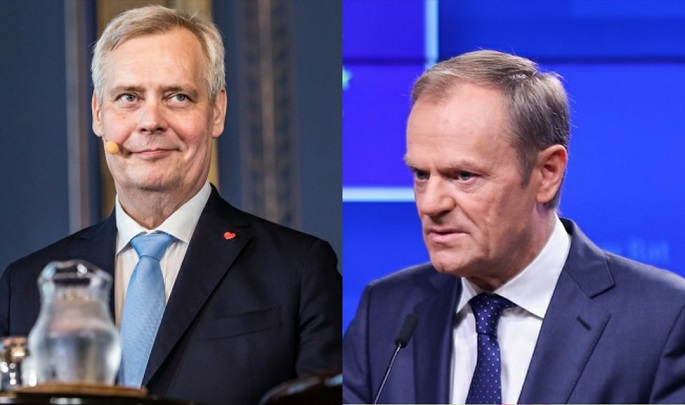 They agreed on the view that the UK must be fast in submitting alternatives to the existing Brexit agreement, a Finnish language newspaper Helsingin Sanomat reported quoting unnamed  government officials.

It is considered by many EU officials as necessary for the current British government led by Boris Johnson to submit written proposals since it does not accept an earlier agreement with the EU.

Tusk thanked Rinne and French President Emmanuel Macron for their action on Wednesday. While Rinne was visiting Paris, the Finnish and French leaders agreed that London should be pressured to give a written proposal no later than Sept. 30.

The idea of a deadline was not a joint EU initiative, but something Rinne and Macron had decided upon. "We have to know what the UK is suggesting..." Rinne said to journalists in Paris on Wednesday.

Britain sent on Thursday "unofficial documents" that, according to media reports, included options for the formalities on the future UK-Ireland border. On Friday, Stephen Barclay, the UK minister handling the exit talks, and EU chief negotiator Michel Barnier met in Brussels.