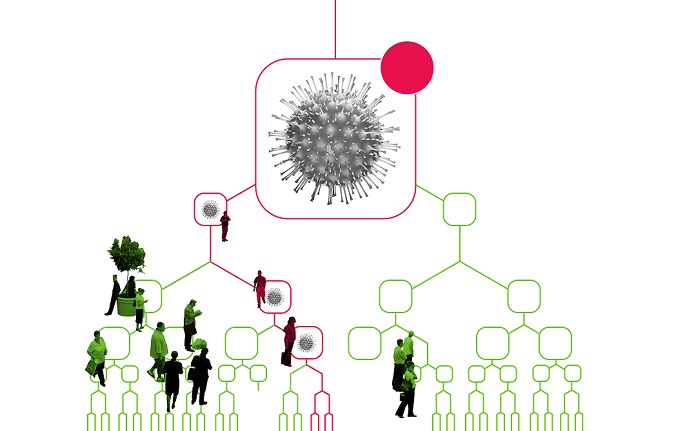 Field tests began in Finland on Monday for a possible mobile phone application (app) to track and prevent COVID-19 infections, while a survey conducted by the Ministry of Social Affairs and Health indicated that health experts and decision makers are concerned whether the app would gain wide enough acceptance among citizens.

To be viable in tracking, the app should be installed on the mobile gadgets of 60 percent of the country's residents, reported news agency Xinhua quoting experts.

The system, called "Ketju" (Chain), is being tested in the central hospital in Vaasa, west-central Finland. Sponsored by the public service think tank SITRA, the app was developed by Finnish enterprises Reaktor and Futurice.

SITRA Director Antti Kivela told a Swedish language newspaper in Finland Hufvudstadsbladet that the app is "all open" for future developers, including the source code and experiences from the tests.

The members of the test group keep a log of their whereabouts and encounters with people. The functionability of the app's Bluetooth connection is also being tested, for example, in situations where two people are close to each other but are separated by a wall. The system stores data on "close encounters" for two weeks.

According to a survey of key social stakeholders conducted by the Ministry of Social Affairs and Health, two-thirds of the 68 responding organizations considered the system suitable for tracking coronavirus infections.

"But concern was raised whether enough people will accept the use of an app for tracking encounters," the ministry said in a press release.

The ministry has put the Institute for Health and Welfare (THL) in charge of the development. The app should be operational by the end of the summer.

The government decided in late April that the use of a COVID-19 encounters tracker app in Finland would have to be voluntary and would have to respect the relevant personal data protection and privacy laws.

As of Monday, Finland had reported 6,380 confirmed COVID-19 cases, with 300 deaths. According to a preliminary estimate, at least 5,000 people have recovered from the disease, said the THL.