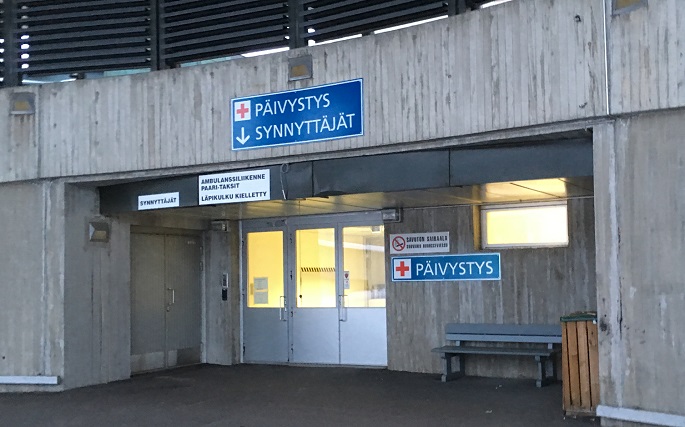 People of foreign origin in Finland go to the doctor or nurse because of their own illness less often than the rest of the population according to the latest Institute of Health and Welfare- THL research.

Work healthcare visits by working people of foreign origin are also proportionally much fewer than in the population as a whole, said a THL press release.

“A lack of confidence in the accessibility of treatment may be one barrier to seeking treatment. Confidence in access to treatment is slightly lower than in the population as a whole. Of course there may be many other reasons, such as client fees, lack of knowledge about healthcare facilities, experiences of unfair treatment or long queues, especially for basic services," said THL Research Manager Hannamaria Kuusio.

Less than half of health service users of foreign origin reported finding it easy to get in touch with healthcare facilities and be examined.

People who come from the Middle East and North Africa had particular difficulties accessing treatment. Less than a quarter of them always got an appointment and a third felt that they were examined without undue delay.

The barriers to seeking healthcare should be lowered and access to basic services improved. Illnesses and social problems should be addressed as early as possible. This prevents the customer’s situation getting worse and saves costs of organising services, said Kuusio.

Other origin groups include Russia and the former Soviet Union, Estonia, elsewhere in Africa, Asia, the EU, EFTA and North America, as well as other countries.

“Well-being and the important underlying factors influencing it appears to vary according to place of birth. This means that not everyone living in Finland has equal opportunities to maintain their health and well-being,” said Project Co-ordinator Anna Seppänen.

The FinMonik survey on well-being among persons of foreign origin (FinMonik 2018–2019) is currently the most extensive survey aimed at the foreign-born and foreign-origin population living in Finland.

The survey gathered data on well-being, health and service use in the adult population (18–64 year-olds), their experiences of these and the underlying factors. The comparative data used for the FinMonik survey was the FinSote 2018 study data.

The study was Funded by the Ministry of Economic Affairs and Employment (MEAE), Asylum, Migration and Integration Fund (AMIF) and the City of Espoo.