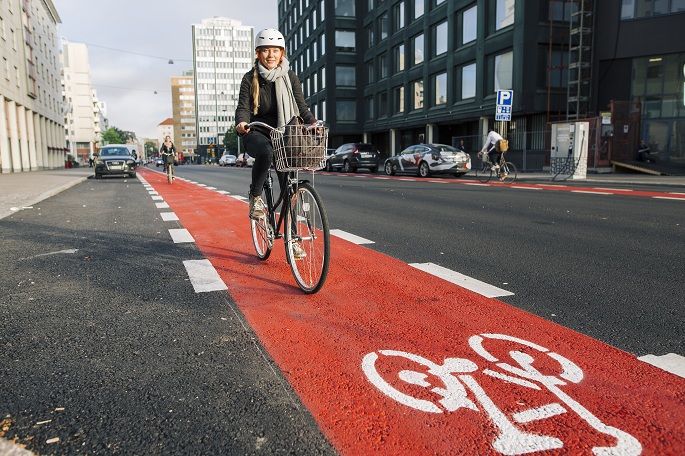 The projects selected for the grants aim to make walking and cycling a more convenient and attractive option as well as improve road safety.

The grants seek to achieve a 30 per cent increase in the amount of travel undertaken on foot and by bicycle by 2030. The funding is allocated under the framework of the programme for promotion of walking and cycling published in 2018 by the transport and communications ministry.

“We will halve emissions from transport by 2030. Walking and cycling play a central role as we work towards achieving our climate goals, especially with regard to travel over short distances. We are now allocating a total of 3.5 million euros to support 12 municipal projects, with a significant increase to the funding of the investment programme planned for this year,” said Transport and Communications Minister Timo Harakka.

Traficom received a total of 53 project proposals, of which 12 were selected for grants. This marks the second time a call for applications was held under the framework of the investment programme. The 2020 call is scheduled to be launched in early summer.

“I welcome the increasing focus on walking and cycling. We want to see the walking and cycling conditions improved in all cities and municipalities in a way that takes into account the particular needs of each. Traficom intends to support measures taken to reach this goal,” said Traficom Deputy Director-General Jarkko Saarimäki.

This year, the projects presented by Joensuu, Jyväskylä, Kangasala, Kempele, Kuopio, Lappeenranta, Liminka, Mikkeli, Oulu, Sipoo, Tampere, and Vihti most closely corresponded to the criteria set in the call. The projects are set to be implemented by the end of 2021 at the latest.

The selected projects share the goal of providing more convenient options for travel on foot and by bicycle while improving safety, with some also aiming to offer better park-and-ride facilities for bicycles.

The projects also include developing bicycle parking plan to, e.g., by introducing stands that allow cyclists to lock the frame of their bikes, creating parking services, and improving parking facilities for schoolchildren and public transport users.