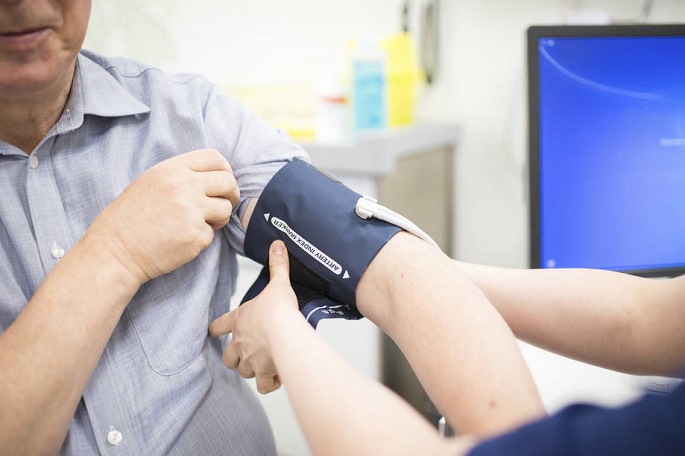 High blood pressure is still common in Finland, although blood pressure levels have declined significantly in the past 40 years, according to the Finnish Institute for Health and Welfare (THL).

The success rates of treatment of blood pressure have not improved as much as might have been possible through lifestyle changes and current options for pharmaceutical treatment.

Blood pressure levels went down considerably up until the early 21st century, after which the decline has slowed down.

In 2017, elevated blood pressure levels were measured among 37% of women over 30 years of age and among 45% of men. The results apply to those who were not taking medication and those whose blood pressure is high even though they were on medication.

Globally hypertension is the most prevalent risk factor causing illness and lost healthy years of life. The World Health Organization (WHO) has set an international goal to reduce the number of people suffering from elevated blood pressure by 25% by 2025.

The THL has released a forecast for the development of blood pressure levels in Finland. For the sake of the comparability of the different years the forecast applies to those aged 25–64.

According to the forecast, 32% of men and 19% of women are feared to have high blood pressure in 2025, if current trends continue.

This means that women would achieve the WHO target level. For men achieving the goal would require a faster decline in blood pressure than has been the case so far.

Reaching the WHO target level requires both decreases in blood pressure levels among the whole population, as well as an improvement in the effectiveness of blood pressure treatment especially among working-age blood pressure patients.

Achieving treatment goals has improved significantly in recent decades, but there is still room for improvement. Of those over 30 who were getting treatment in 2017 43% of men and 42% of women had reached the target level of their treatment (blood pressure <140/90 mmHg).

“The outcomes for blood pressure treatment have advanced slowly in recent years, even though much better treatment outcomes could be achieved with today's treatment options. Internationally we have fallen behind in the development of treatment,” said Medical Specialist Teemu Niiranen.

“The good implementation of treatment requires commitment by both patients and doctors. Better treatment outcomes could be achieved through meticulous lifestyle counselling, measuring blood pressure at home, further education for doctors, and by the better inclusion of nurses, familiar with blood pressure treatment, in the treatment chains,” Research Professor Tiina Laatikainen added.

The World Health Organization published its Global Action Plan for the Prevention and Control of Noncommunicable Diseases in 2013. The programme includes proposals on health policy and practical action aimed at reaching nine targets by 2025.

THL is reporting on the possibilities and preconditions for achieving the WHO goals in Finland and will publish interim results on how well the targets have been reached.