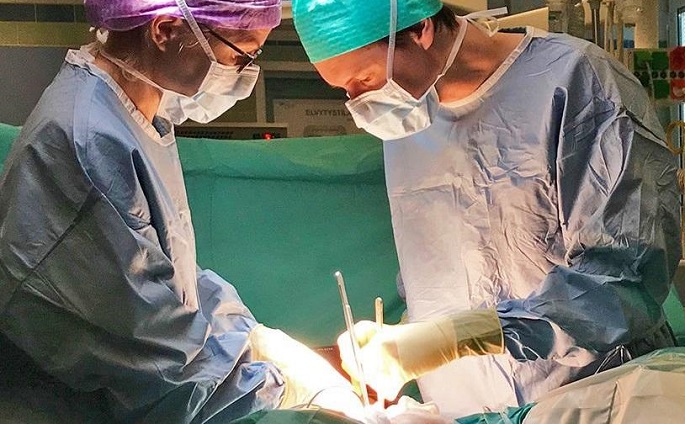 The researchers found that bowel preparation, a procedure strenuous for patients, is not needed, said the University of Helsinki in a press release.

In recent decades, patients in Europe coming in for colectomies, or surgical procedures targeted at the colon, have not been routinely subjected to what is known as bowel preparation, where the bowel is emptied before the operation. In the United States, on the other hand, cleansing the bowel is relatively common.

Several extensive retrospective studies conducted in the United States were published a few years ago, indicating that bowel preparation combined with the preoperative oral administration of antibiotics appeared to significantly reduce surgical site infections. Based on these results, American surgical associations ended up recommending bowel preparation before colectomies. In Finland, the attitude to this practice has so far remained somewhat reserved due to the absence of randomised studies.

“Bowel preparation is a stressful procedure for the patient, so conducting it is only justified when it genuinely benefits the patient. However, not a single randomised follow-up study had been conducted on the topic, so we decided to carry one out ourselves,” said Laura Koskenvuo, gastrointestinal surgeon at the Helsinki University Hospital.

The study findings have been published in the distinguished journal The Lancet and the study was carried out at the Helsinki and Oulu University Hospitals, as well as the Central Finland and Seinäjoki Central Hospitals.

A total of 400 patients awaiting colectomy took part in the study, half of whom were randomised into a preparation group which was given orally administered antibiotics combined with bowel cleansing with a drinkable cleansing liquid and the other half into a group in which no such preparations were made.

“According to our findings, there were no differences in treatment outcomes between the groups. Bowel preparation did not reduce surgical site infections or the total number or severity of surgical complications. Neither was there any difference in the number of days spent at the hospital,” notes Ville Sallinen, gastrointestinal surgeon and adjunct professor at the Helsinki University Hospital.

“It appears that this stressful procedure provides no benefit to patients.”

The study was funded by the Gastroenterological Research Foundation, the Mary and Georg C. Ehrnrooth Foundation and the Helsinki University Hospital.