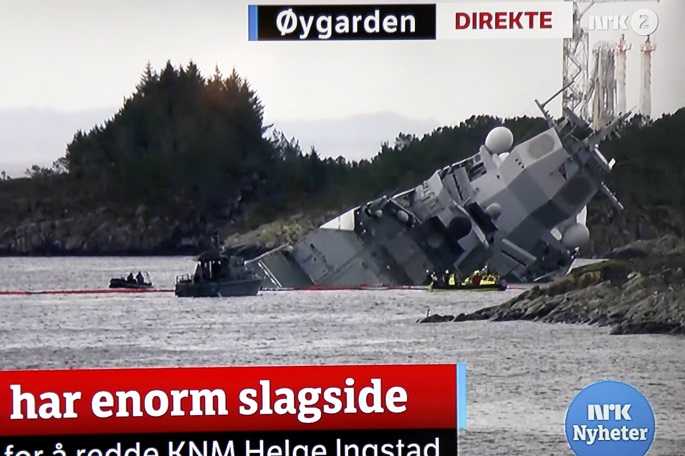 A fish farming company has requested one million kroner from the Norwegian navy following the collision of its frigate with an oil tanker last month, online newspaper ABC news reported Sunday.

The company, Blom Fiskeoppdrett AS, had to move trout in value of 40 million kroner from the farm in order to avoid contamination after the navy's frigate KNM Helge Ingstad collided with the Malta-registered oil tanker Sola TS on Nov. 8. near Bergen, Norway.

The frigate took a lot of water as the collision led to a large hole in its side. Eight people on board the navy ship suffered minor injuries while the tanker sustained only slight damage.

In a claim for compensation, the company wrote that they feared the release of 460 cubic meters of diesel on board the frigate.

The Norwegian Coastal Administration said it had cleaned up some diesel and helicopter fuel that was spilled in the incident, but that has been largely contained.

"The claim from Blom is being processed," Lars Gjemble, senior advisor in the Ministry of Defense, told ABC News.

According to the ministry, Blom's claim for compensation is the only one they have received after the accident.