Hungary not to vote to adopt UN global compact for migration: FM 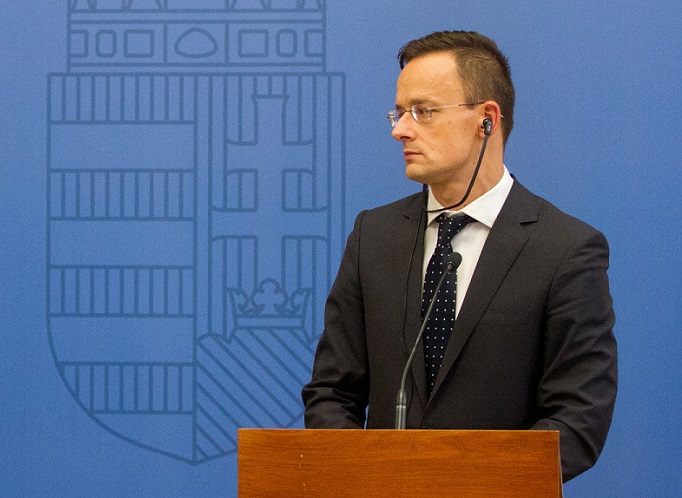 Hungary will not be voting to adopt the United Nations' (UN) global compact for migration at next year's session of the UN General Assembly, said Hungarian Minister of Foreign Affairs and Trade Peter Szijjarto here on Thursday.

"The Global Compact represents a serious danger to Europe, because they want to use it to legalize illegal migration and portray it as a fundamental human right, and accordingly, Hungary will not be voting to adopt the compact at next year's session of the UN General Assembly," Szijjarto explained in a press conference.

Hungary quit the migration pact earlier this year, as did the United States, arguing that the document went entirely against Hungary's security interests.

Szijjarto spoke after visiting Austrian Vice Chancellor Heinz-Christian Strache, whom he congratulated on the fact that Austria would also not be adopting the compact.

Polish Prime Minister Mateusz Morawiecki also said last week that it is highly probable that Poland will not be part of the global pact on migration.

The Global Compact for Migration aims to boost cooperation to address the world's growing number of migrants.

The final text of the pact was agreed in July after 18 months of negotiations, and is set to be adopted during a conference in Morocco on Dec. 10 and 11.