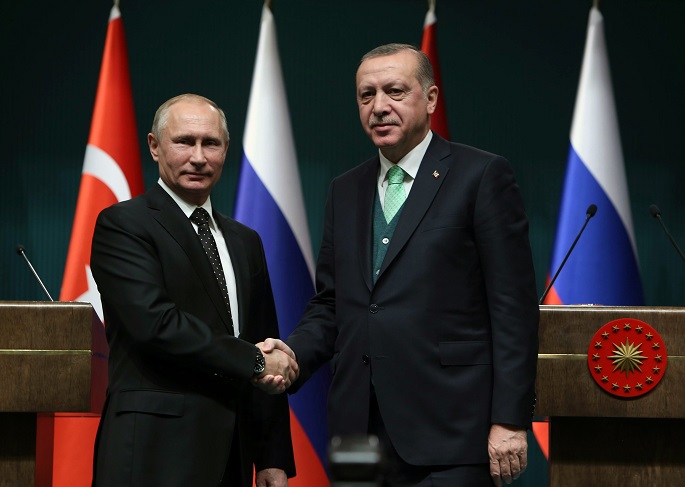 The two leaders expressed satisfaction with mutual economic and trade ties, and continuing cooperation on defense and energy, the sources said on condition of anonymity.

Russian Foreign Minister Sergei Lavrov will visit Ankara next week on the sidelines of a forum attended by ambassadors to Turkey, to meet with his Turkish counterpart Mevlut Cavusoglu.

The meeting will focus on "the current international agenda in Syria, in the Middle East, the Caucasus region, Central Asia, in Ukraine and in the Black Sea region," Russian Foreign Ministry Spokeswoman Maria Zakharova said Thursday.

They will also discuss the development of economic and trade ties, in particular the building of Akkuyu Nuclear Power Plant and the Turkish Stream Gas pipeline, she added.