5.6m young pupils in Italy back to school after COVID-19 closure 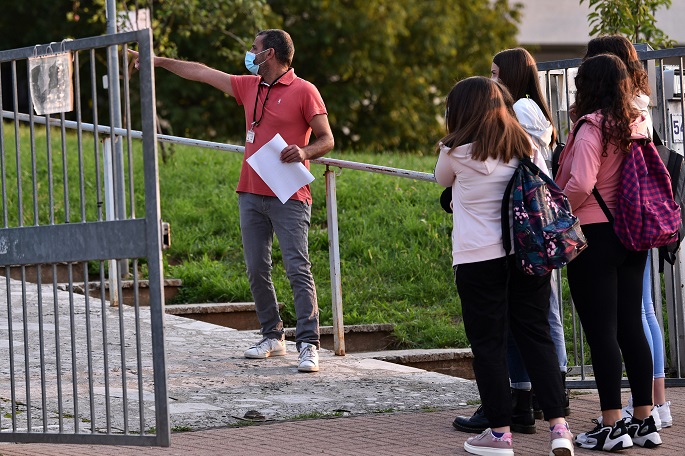 Schools in Italy reopened for 5.6 million pupils on Wednesday and until April 30 at least, after months of distant learning due to anti-coronavirus measures, reported Xinhua.

Announced by the central government on March 26, the reopening concerned all nursery and primary students up to the sixth grade, including those in the nine regions currently classified as high-risk red zone due to their high level of pandemic risk.

The total included also students up to the seventh grade and 50 percent of those enrolled in high school in the remaining 11 regions classified as orange (medium risk).

Overall, it made some 66 percent of about 8.5 million pupils enrolled in public and private schools across the country, according to the data by the Education Ministry.

As for the remaining 2.9 million students, they would remain in distant learning mode.

Most Italian schools had been closed nationwide since March 15, as the country implemented a new round of severe restrictions ahead of Easter to slow down a third pandemic wave.

Since last year, however, face-to-face school learning has faced frequent and longer interruptions here compared to other major European countries. This sparked a protest from large numbers of students and parents, and of some teachers as well, who took to the streets in dozens of Italian cities in late March asking to go back to the classroom.

Partially to address their requests, and in a change from previous school closures, Prime Minister Mario Draghi's cabinet this time ruled that regional governors will no longer be allowed to eventually impose further shutdown at a local level.

The only exception would be represented by "cases of extraordinary necessity" due to outbreaks or to an extremely high risk of the virus spreading, and, even in such cases, only in agreement with health authorities.