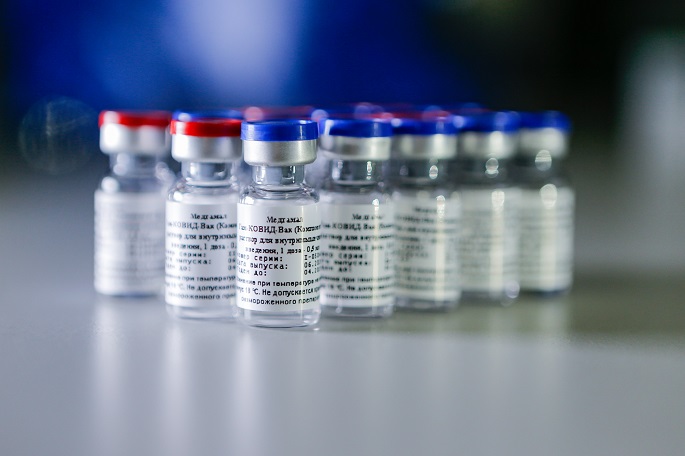 The German state would sign a preliminary contract on Wednesday with a company based in the Bavarian town Illertissen about the delivery of the Russian vaccine Sputnik V. According to Soeder, the contract covered 2.5 million vaccine doses.

Once the Sputnik V was approved in Europe, Bavaria would receive additional vaccine doses through the company in order to "increase the vaccination supplementary capacity for Bavaria," Soeder said at a press conference.

The Russian vaccine has not yet received approval from the European Medicines Agency (EMA). So far, four vaccines have been approved in the European Union, BioNTech and Pfizer, Moderna, AstraZeneca and the single-dose vaccine by Johnson & Johnson.

As of March 22, more than 14.3 million doses of COVID-19 vaccines by BioNTech, AstraZeneca and Moderna were delivered in Germany, according to government data. Due to cases of cerebral vein thrombosis in connection with the immunization, the AstraZeneca vaccine was generally limited to people over 60 years of age.

Bavaria's Health Minister Klaus Holetschek expressed his hope during the press conference that the Russian vaccine, which would also be produced locally, would be available "very quickly."

Three months after the start of Germany's vaccination campaign, more than 4.6 million people in Germany were fully vaccinated as of Tuesday, bringing the country's vaccination rate to 5.6 percent, according to the Robert Koch Institute.