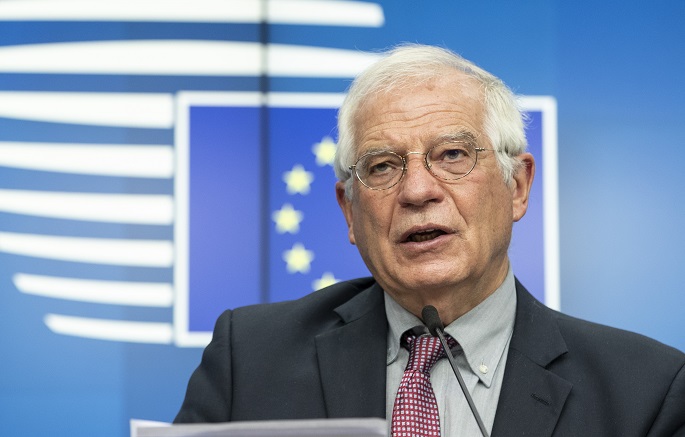 The European Union (EU) is strongly committed to supporting the upcoming talks on the Cyprus issue, said Josep Borrell, the bloc's High Representative for Foreign Affairs and Security Policy, on Friday during a visit to Cyprus, reported Xinhua.

In a tweet after a meeting with the UN Secretary-General's Special Representative in Cyprus Elizabeth Spehar, Borrel said "the UN work on the ground is essential for confidence building."

"The upcoming UN informal 5+1 talks provide an opportunity towards an urgently needed resumption of talks. The EU is strongly committed to support these efforts," he added.

Borrell was referring to an informal UN-led conference convened by UN Secretary-General Antonio Guterres on April 27 to 29, aimed at deciding the terms and modalities of renewed Cyprus negotiations.

Participants will be leaders of the Turkish and Greek Cypriot communities and representatives of Greece, Turkey and the United Kingdom, the three "guarantor powers" that signed a 1960 treaty that led to the independence of Cyprus and the establishment of the Cypriot state.

Borrell has said that the EU remains an observer to the Conference on Cyprus so as to provide whatever assistance necessary.

The EU official had held talks with the leaders of the Greek and Turkish Cypriot communities.

"Engaging in @UN 5+1 talks is essential, for the benefit of all Cypriots, the region and the EU. There is a real opportunity that needs to be seized," he tweeted after meeting Cypriot President Nicos Anastasiades.

Borrell said the EU supports a settlement to the Cyprus issue in line with UN resolutions and above all in line with EU practices.

"For the EU, it is of utmost importance that the settlement solution safeguards the integrity and decision-making capacities of the EU. It is also for this reason that the sooner the EU is involved in the renewed settlement process, the better," he told the English language Cyprus Mail newspaper in an interview.