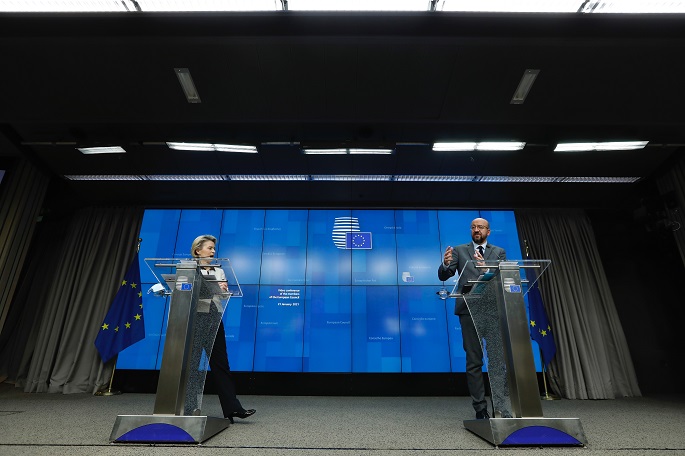 Leaders of the European Union (EU) member states on Friday reaffirmed their commitment to increase the EU's capacity to act autonomously in the context of their strategic debate on European security and defense policy, as well as the need for the bloc to take more responsibility for its security, reported Xinhua.

Concluding a two-day virtual summit, the heads of state and government agreed to enhance cooperation in beefing up the bloc's own security by, among others, improving its partnership with the North Atlantic Treaty Organization (NATO) and the new U.S. administration.

"We want to increase defense investment, and we want to enhance civilian and military capabilities and operational readiness," Michel said.

NATO Secretary General Jens Stoltenberg joined the video conference for a discussion on cooperation between the bloc and the defense alliance.

"We share the same population, the same members, the same neighborhood and the same challenges," Stoltenberg said ahead of the meeting.

"For NATO, the main task during this pandemic has been to make sure that a health crisis doesn't turn into a security crisis," he said.

The 27 leaders also discussed ways to increase their countries' resilience to cyberattacks and hybrid threats. They asked the EU executive to prepare a roadmap for boosting the development of strategic technologies.