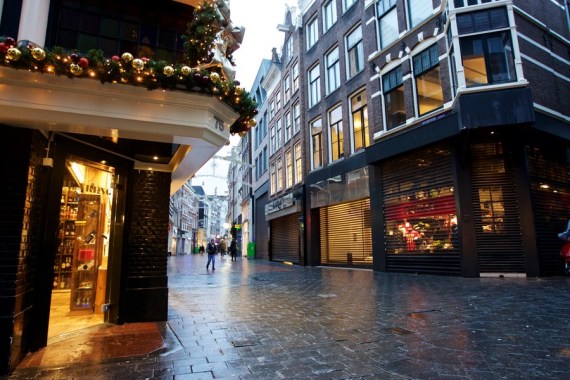 The caretaker government of the Netherlands has decided to ban flights from Britain, South Africa and the whole of South America and plans to introduce a night-time curfew to curb the spread of coronavirus, outgoing Prime Minister Mark Rutte announced at a press conference in The Hague, reported Xinhua.

"This is a critical moment for national security and public health," Rutte said. "We have to brace ourselves again, now that more contagious variants are coming our way. The experts are warning of a third wave, and we must take that seriously."

The flight ban will take effect on Jan. 23 for countries where potentially dangerous variants of the virus are most common.

"I am appealing to the Netherlands to really say, 'Let's all stick to the measures together'," Rutte said. "You can see positive results in all European countries where there is already such a curfew."

Those who do not comply with the curfew measure will face a 95-euro (115 U.S. dollars) fine. There will be an exemption for people who have to take to the streets because of their work. The government would also reduce the maximum number of home visitors allowed from two to one.

The new measures come as the country's COVID-19 numbers have been declining for weeks thanks to the lockdown that started on Dec. 15, 2020. However, fear of the spread of the virus variant first identified in Britain has prompted the government to introduce tougher measures.

On Tuesday, the Dutch National Institute for Public Health and the Environment (RIVM) said that the number of people who tested positive for COVID-19 in the week of Jan. 13 to 19 decreased by 21.5 percent compared to the week of Jan. 6 to 12, dropping from 49,398 to 38,776.

"The moderately positive developments in the number of newly reported people who tested positive for COVID-19 are overshadowed by the rising number of cases involving the SARS-CoV-2 variant that resulted in a massive influx of patients in hospitals in the United Kingdom and Ireland," the RIVM stated. "It is estimated that about 10 percent of the people who became infected last week have the more contagious variant."

The expectation of the RIVM is that the number of infections with the virus strain will increase to at least half of all newly reported infections in the Netherlands by mid-February. The strain discovered in South Africa has also been identified in the Netherlands, according to the RIVM.

As the world is struggling to contain the pandemic, vaccination is underway in the Netherlands and some other countries with the already-authorized coronavirus vaccines.